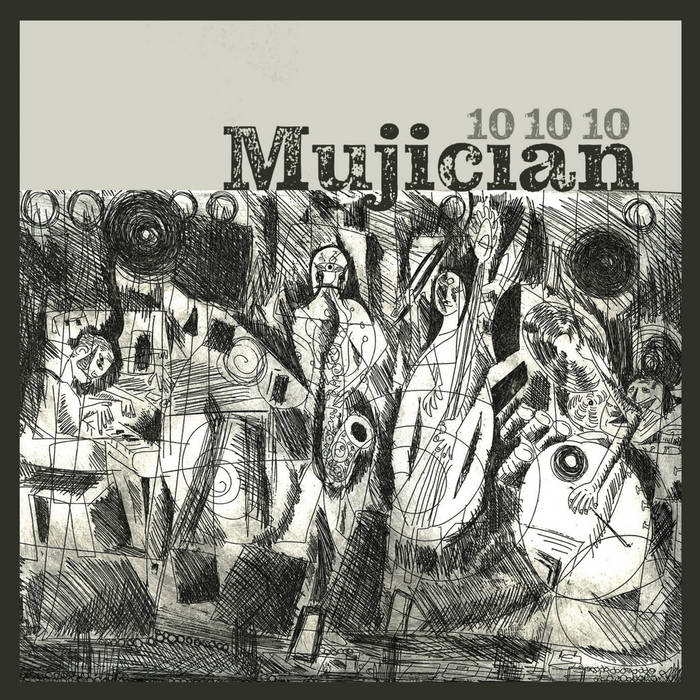 For over 20 years, MUJICIAN set a gold standard for intuitive, highly spiritual, and near-clairvoyant communication within an improvising ensemble. Composed of four of the biggest names in the European jazz and improvised music community - Paul Dunmall, Tony Levin, Paul Rogers, and Keith Tippett – this “super group” was nonetheless a true cooperative, a collective critically praised for its sensitive interplay and coherent voice.

10 10 10 is their last studio recording, finally released a decade after it was recorded.

Whether on record or in performance, the quartet always worked within the simple-yet-vast idea of completely free improvisation, always adhering to their one ground rule of never discussing music prior to playing it.

“In 2010 Mujician did a short tour to celebrate Tony Levin's 70th year. Whilst on tour, on 10th October, Mujician were recorded in the Victoria Room at the University of Bristol Music Studios by the great engineer Jonathan Scott. Little did we know this would be the last time we would record, as Tony Levin passed away a few months later.

Mujician were together for 22 years, and in that time we played throughout Europe, Canada, Russia, South Africa and many concerts in the UK. In 2020 Keith Tippett died after a long illness. I believe that Mujician was one of the great groups in jazz history. It wasn't just a free jazz group; it covered so many areas that I think all we can say is it played outstanding music.” – Paul Dunmall

"Mujician were one of the true delights of European jazz, a UK supergroup that consistently satisfied while being built to last...Mujician are truly a leaderless group in the tradition of the Art Ensemble of Chicago. Described as their last studio recording, it maintains the high standard of the group’s prior work." – The Vinyl District

Engineered, mixed and mastered by Jonathan Scott at the University of Bristol Music Studios, Bristol, UK on October 10, 2010.