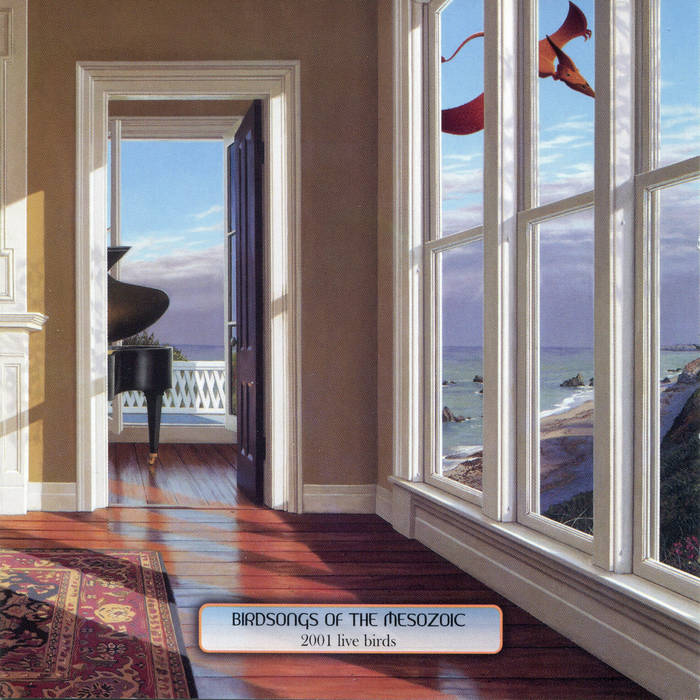 An excellent souvenir of Birdsongs great show as opening act for NEARFest 2001. This is a very good live recording with a lot of air and is also their very first live album!

"A volcanic cauldron of melodic chamber rock, "2001 Live Birds", oozes with virtuosity, all the while bubbling with humorous overtones. Celebrating their 20th anniversary, this energetic live album, covers the full range of their discography. Ample samplings from the then-new "Petrophonics" and "Dancing on A'A" dominate the set, but the band reach back to "Faultline", "Beat of the Mesozoic" and even "Magnetic Flip" to round out the selection. One of the most refreshing aspects of Birdsongs of the Mesozoic is their sense of humor, and they brought it along in full force to this live show. This inspired performance provides an excellent cross-section of the band's repertoire and truly gives the listener a great feel for the electricity in the hall that Saturday morning."

This album was originally released in 2004 on NEARFest Records.

Guests include Kassa Overall and Muriel Grossman, plus an LP of the week by Van Hunt.