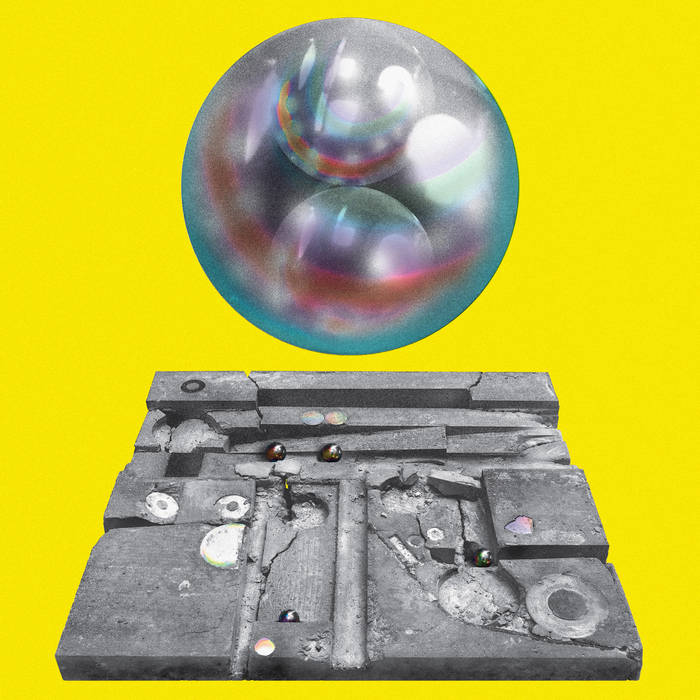 👽🍹 Deconstructed kosmische with electro-acoustic ambient embellishments. One of the most original sounding albums of the year. Like a surrealist mix of The Necks and Horse Lords with harmonic fetishism; cosmic clockwork.

All music composed and played by Schnellertollermeier

There are bands that play beautiful, engaging concerts, take a bow and go home – and then there are others that open up completely new perspectives, make time stop, and whose clear-cut approach burns itself into the audience's memory. Schnellertollermeier is such a band. Anyone who has seen them live will attest to the experience and, when trying to describe their music, will use words such as “stunning”, “minimalist”, “brutal”, “decisive”, “monumental”, “angry”, “controlled”, “captivating” or “radical”.

Their concerts are energetic salvos that draw their dynamism from the tension between modern compositional techniques and free improvisation; the vistas they create open up new, uncharted landscapes influenced by minimal, avant-garde and electronic music, suffused with elements that reference krautrock and the directness of punk. Since their debut album Holz, released in 2008, they continue to surprise and captivate, leaving listeners riveted to their seats. Julian Cowley of British music magazine Wire suspects some form of telepathic wizardry at the root of Schnellertollermeier’s intuitive interplay.

The traditional balance of power between the drums, bass and guitar is consistently subverted. Thus, here and there, the guitar assumes the role of the drums as the melodic, razor-edged heart of the rhythm section, while the drums seem to be following an entirely different agenda. The bass merges seamlessly with adjacent frequencies, or rises to the role of polyphonic protagonist - to the point where it’s hard to distinguish where one instrument ends and another begins. There are no solos, only closely knit, highly energetic arcs filled with joyful escalation. In their most ecstatic moments, the band sounds like one big drum machine made of individual human components, and accomplishes what computers cannot: taking risks, developing a rationale of its own, offering unexpected shifts.

5 takes their music even further – which at times unexpectedly leads to silence. On 5 there is more space, more intimacy, more time for dialogue between the music and listeners. The seven pieces, ranging from abstract dance music to electro-acoustic currents of sound, are gentler and more fragile than one would expect from Schnellertollermeier.