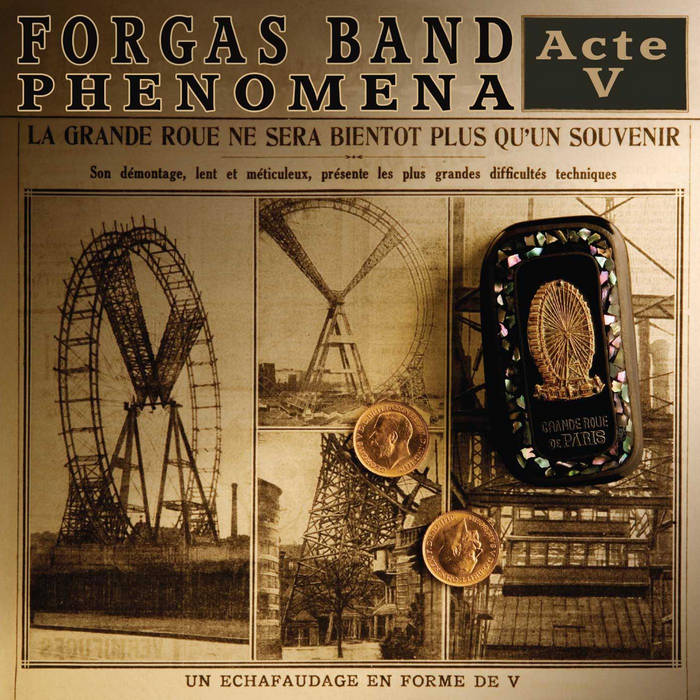 PDD As wonderful and vibrant as the studio album is, the live disk is even better. The only negative is that they didn't include a live version of "George V".

"For those of you who grew up on the Return to Forever / Mahavishnu Orchestra / Weather Report strain of modern jazz, you will love this group. There's no mincing words about the Phenomena tag this band is proud to own — terrific music made by a wonderful band that cannot be a trade secret for too much longer. Viva Forgas!" – All-Music Guide

"Composer and multi-instrumentalist Patrick Forgas has been making music for the last four decades, and now in the heart of his fifth one, he still has not run out of ideas to put into musical forms...[Forgas’s writing] and arrangements display elements of orchestral-jazz, ambient-rock, and progressive-bop with ethnic accents based in Eastern Europe cultures, the Middle East, and the Latin World. It is as if he pulls various influences out of the air, and transforms these bits and pieces that he grabs into magnificent complexes of multi-textured broths. " – Jazz Review

For 45 years, composer/drummer/bandleader Patrick Forgas has been making progressive jazz/rock music in his native Paris. He has led various incarnations of his Forgas Band Phenomena for 25 years and four previous and excellent albums, all of which have featured shifting personnel, but the group featured on Acte V, the group's fifth album, has been stable for five years and is the same group that performed on their last release. So, happily, the band still consists of Patrick, Sebastien Trognon on saxes and flute, Dimitri Alexaline on trumpet and flugelhorn, Benjamin Violet on guitar, Karolina Mlodecka on violin, Igor Brover on piano and keyboards, Kengo Mochizuki on bass. These musicians enliven his compositions with an energy and verve that gives his compositions the performances they deserve!

Fusing new jazz directions with the electric crackle of rock with inspired solos, the music will appeal to fans of Frank Zappa’s instrumental works, Jean-Luc Ponty, Morglbl, Return To Forever and Mats/Morgan Band. The quality of the music and performances is obvious from the first note and we're not the only ones who have noticed, as the group has been invited to play some very high profiles concerts: in 2008 they were invited to Seoul, South Korea to perform and - more relevant to this release - in June 2010, the group were invited to perform at pentultimate edition of NEARFest, performing to a packed audience of over 1,000.

All compositions and arrangements by Patrick Forgas.