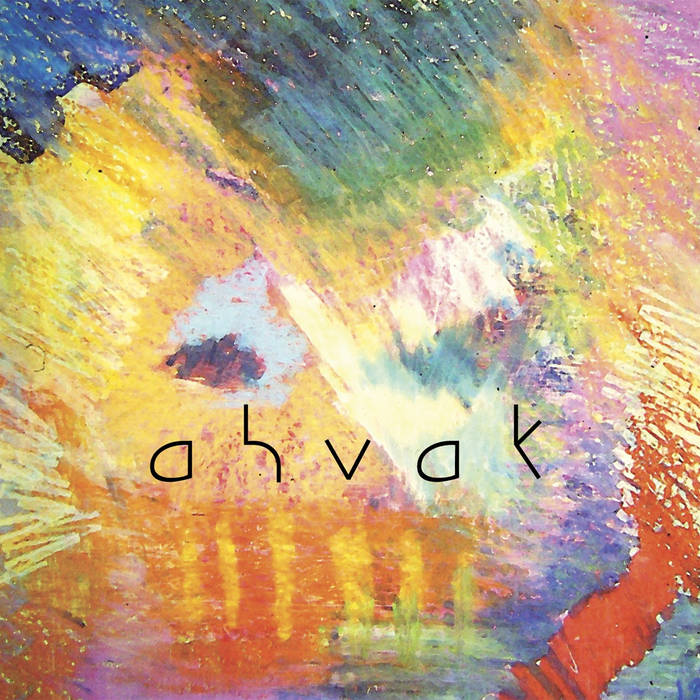 The Israeli band Ahvak, named after the Hebrew word for “Dust”, creates music of dark, ominous and compelling beauty. Ahvak's mesmerizing and electrified version of chamber rock blurs the boundary lines between styles and align the band with such Rock in Opposition style bands as Univers Zero, The Science Group, Sotos, Thinking Plague and the 5UUs. Led by two conservatory trained composers/keyboardists and also featuring guitar, bass and drums (by Dave Kerman, known for his work with the cutting edge avant/progressive bands 5uu's, Blast, Present, U Totem and more), the five musicians are joined by their engineer, Udi Koomran, who often extends the music into unique directions by his use of modern computer software, without compromising the integrity of the compositions or the vibrant performances. The resulting album is a highly sophisticated and expertly produced work, featuring superb compositions performed by highly experienced musicians.

"Dave Kerman said he was playing with a cool band over in Israel, and they were about to release their first album… but I sure wasn’t prepared for something of this caliber. Ahvak, a six piece of guitar, bass, two keyboardists (one doubling on sax, clarinet, and other stuff), drums, and computer, sound like a band of seasoned professionals (which they indeed are), not a new band on their first release. They are firmly in electrified chamber rock territory, often with a driving ferocious expediency that boldly eclipses their peers, who have clearly influenced their direction. The primary composers are the two keyboardists, Udi Susser and Roy Yarkoni, whose compositions bask in complexity and sheer chaotic splendor, exploring dark regions of tension, melodic alienation, and powerful contrasts, all with a burning urgency. When Kerman and bassist Ishay Sommer kick in, the busy and hectic structural support from the bottom supports an eclectic framework that gives every player a voice. Guitarist Yehuda Kotton blisters away under the surface, painting angular counterpoint and furious textures. The final piece of the puzzle is Udi Koomran on computer, treating and effecting the sound and offering some unique sonic events within the fabric of the musical mayhem that further edifies the results. There are vocals in a couple places – some understated spoken parts on the opener, and some heavily treated singing on the lengthy title track. Fans of Present, Miriodor, Henry Cow, Univers Zero, and the like will find plenty here to get excited about."
– Exposé

"Although this is the debut recording from Israeli band Ahvak, the music is tight, complex, and mature -- not the sort of result normally associated with a fledgling band. But age (and experience) are relative, and the bandmembers had been working and rehearsing together for at least two years prior to this recording. No harm, either, that several of Ahvak's principal members are conservatory-trained composers and musicians, and that the drummer is expatriate American Dave Kerman, a veteran of art rock bands 5uu's, Motor Totemist Guild, and Thinking Plague. These diverse ingredients add up to a very nice piece of work, characterized in part by the dissonance and sledgehammer intensity of Zeuhl-style goth groups like Univers Zero or Present, but with legitimate art rock and even chamber music pretensions as well, and a musical scope and dexterity that are superior to more narrow-focused musical kin. Tricky polyrhythms and chromatic instability are the norm. Middle Eastern rhythms and motifs are sometimes evoked (but not excessively), and the group's use of dynamics is exemplary. The powerful throb of Ishay Sommer's bass and Kerman's drums and the distinctive howling of Yehuda Kotton's electric guitar are quite capable of bludgeoning the listener into submission, but Ahvak knows how to wield a scalpel also, and pieces like "Regaim" (essentially a duet between Udi Susser's flute and Roy Yarkoni's acoustic piano) have their own cultivated sense of quiet dis-ease. "Hamef Ahakim" opens with a jaunty (but slightly demented) organ and calliope sound, and after a rather austere middle section, breaks into a ragged waltz tempo, samples the sounds of children at a carnival (?), moves into a quiet but ominous interlude, and then builds to a climax in a fashion that is almost symphonic. It and the title piece (also the group name, which translates as "dust") are the longest and most complex of the seven selections, and they wander through nightmare dreamscapes that are alternately euphoric, portentous, violent, funereal, or just quietly twisted. Udi Koomran, on "computer," is in effect a sixth member of the group, and his subtle electronic embellishments add a welcome touch of mystery, adding to the music's slightly sinister edge. The music on this CD is hardly a romp, but it can be recommended unreservedly for its creativity, intelligence, and emotional conviction."
– Bill Tilland / AllMusic