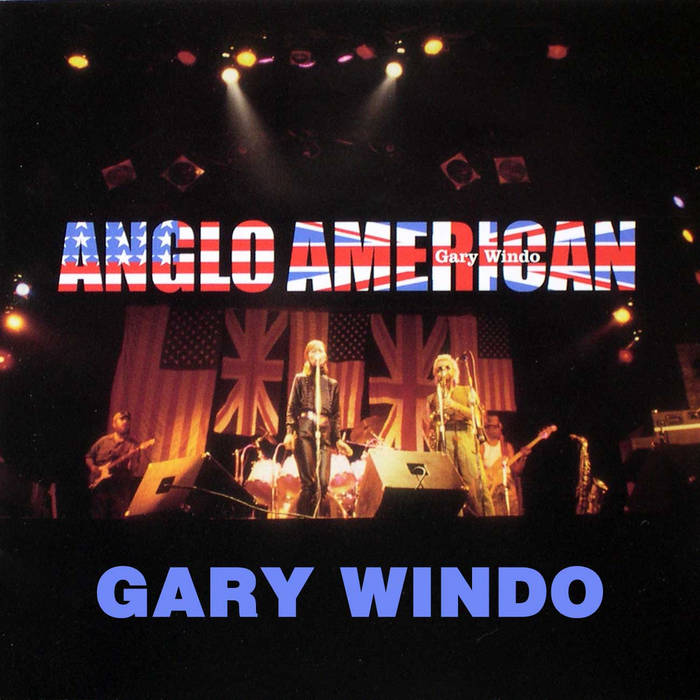 Anglo American, the 2nd retrospective of the late saxist Gary Windo's work to appear on Cuneiform, was compiled by Michael King. While Gary recorded in an amazing number of situations over several decades of work, he is probably best known for his crucial involvement on Robert Wyatt's classic albums "Rock Bottom" and "Ruth Is Stranger Than Richard".

Consisting of over 70 minutes of previously unreleased and rare recordings from 1971-81, it not only highlights a decade of Windo's work but also that of numerous other prominent avant garde musicians on two continents.


"Never a big name and seldom a group leader, tenor sax man and bass clarinetist Gary Windo nonetheless played with everyone from NRBQ, the Psychedelic Furs, and Suzi Quatro to the Carla Bley Band and Chris McGregor & the Brotherhood of Breath. Windo left a huge legacy of goodwill and musical memories when he died unexpectedly in 1992, but not much in the way of recorded music -- or so it appeared.

Cuneiform put together His Master's Bones in 1997, which was a retrospective of Windo's (largely unreleased) work, purportedly from a box of tapes that Windo had resurrected back in 1983. But confronted with yet another Windo retrospective on Cuneiform, the listener might naturally wonder if the pickings are getting a little slim -- especially when, judging from the dates of the performances, this new material could well have been gleaned from the same box of tapes. (In fact, the liner notes indicate that five of the pieces on this CD were tentatively targeted for the earlier retrospective, but didn't make the cut -- perhaps in some cases because they were alternative versions of the same song.) However, suspicions are soon allayed when the CD is inserted into the player. This turns out to be another fine collection of rarities and demos, perhaps a little more ragged that its predecessor ("Take Off," which Windo recorded with a Brotherhood of Breath sub-group, just stops, unceremoniously, after five-minutes-and-26-seconds). But "Anglo American" is still a treat from start to finish. In large part, this is due to Windo, who seems to go flat out, all the time -- but almost always with a sense of humor.

Windo's humor is a key to his uniqueness, for while most free jazz blowers are intense (almost by definition), few have Windo's childlike sense of play and jump-up-and-down exuberance. When Windo heads into the upper register (as he often does) and starts squealing and squeaking like a tea kettle on high boil, he does not seem to be expressing humanity's suffering, or his rage, or a desire for transcendence (all of which are quite valid musically, of course). Rather, he just seems to be so full of bonhomie and effervescence that he can't contain himself. It's an infectious quality, and it definitely pulls the listener in.

The other reason for the quality of this music is the nature of the music scene in the 1970s, particularly in the United Kingdom, where people got together spontaneously in various impromptu settings, with a great mingling of styles and sensibilities. Windo and Robert Wyatt worked together on a variety of projects. Other past and future Soft Machine personnel sat in on dates. Several tracks on this CD include the marvelous African players who were in McGregor's Brotherhood of Breath -- trumpeter Mongezi Feza, drummer Louis Moholo, and altoist Dudu Pukwana. The Gary Windo Quartet, short-lived and never commercially recorded, included the great Steve Swallow on electric bass, as well as Windo's wife Pam Windo on piano. One short track on this CD, "Baxter," includes three members of NRBQ. With such collaborators, it's hard for a musician of Windo's broad talent and enthusiasm to go wrong.

Highlights are too numerous to mention, but two experimental pieces, "Carmus" and "Spiderman," with Wyatt on drums, Ron Mathewson on bass, and Dave McCrae on keyboards, are noteworthy for their attempt to explore the outer limits of psychedelic jazz fusion (the latter piece has one of the most effective examples of Wyatt's electronically looped scat singing on record). The amusingly titled "Lassie Breaks Out" begins as a squalling, free jazz slugfest, and then, two minutes in, switches to a classic Soft Machine riff with Windo steaming berserkly over the top. This segues into a rock version of "Red River Valley" (remember Johnny & the Hurricanes?), which wouldn't amount to much more than a cute novelty were it not for Windo's one-minute a cappella solo that finishes the piece -- and the CD. He's clearly an absolute master of his horn, and listening to the way he pours himself into the music (even on "Red River Valley"), you just want to push the repeat button and start all over again. Bravo!" – William Tilland / AllMusic