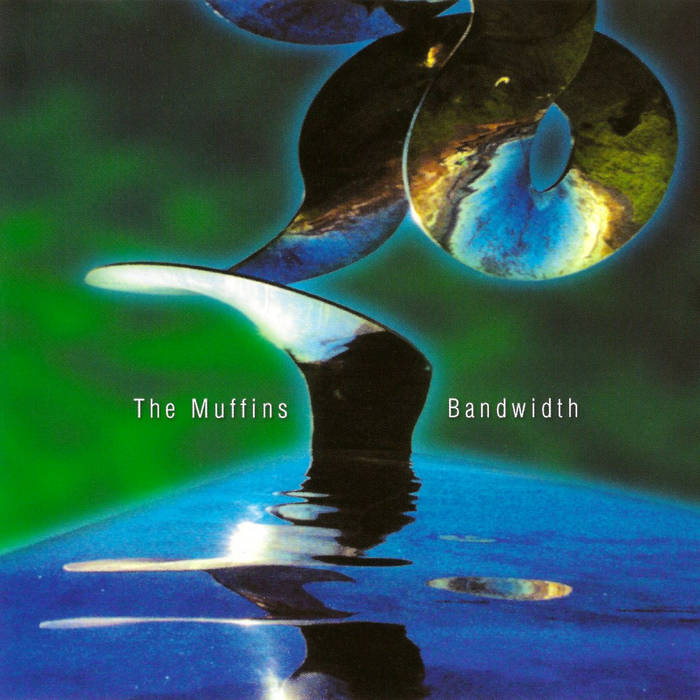 PDD Perhaps not groundbreaking like Manna/Mirage, but Bandwidth is still a wonderful collection, made even more amazing by the 20-year gap in recordings. Favorite track: People In The Snow.

In a very happy occurance, all four members of the classic quartet line-up of the band reformed in 1998 and began developing a new repertoire and performing concerts.

In a world glutted with half-baked reformations by bands looking to cash in on past glories, Bandwidth is the genuine article; a reformation of all the original members who who have gotten together not for money, but because they miss what they had done together in the past and who feel that they still have something to say.

Bandwidth is very recognizably the work of The Muffins; you can hear strains of both Manna/Mirage and <185> here, as well as lots of new elements. As we all know, there are very few second chances in life; as the saying goes, "you can't go home again." But we and The Muffins have all been handed another chance with Bandwidth.

"The Muffins' heyday was in the early 1970s, when they put an American twist to the rock fusion sound of the seminal art-rock band Henry Cow. Saxophonists Dave Newhouse and Thomas Frasier Scott wrote brainy compositions, played them with verve over tricky time signatures, and attempted to elevate rock to more advanced musical territory without straying into jazz terrain. Like Henry Cow, Soft Machine, and early King Crimson, they incorporated horns into their arrangements.
Bandwidth, the first recording from the band after a 20-year break, should hearten old fans and find new ones. The 13 compositions by Newhouse are intelligent and succinct as they weave multiple themes through myriad permutations and elaborations. On the seven-minute opus "Out of the Boot," they sound like a small orchestra as they change dynamics and tone colors dramatically. A section of "East of Diamond," on the other hand, explores extreme sound textures and recalls progressive rock's radical foundation." – Wally Shoup

"This is an exquisite album in which the musicianship is deft. The all original compositions are clear and thoughtful in their arrangement. I would highly recommend this album to fans of jazz/progressive rock." – Hal Taylor

"Not only does this superb release represent the band’s first studio production in over two decades, “The Muffins” have gotten back into the biz in a huge and noticeably prominent way! ... With this effort, analogies of a cloistered writer composing his or her ensuing masterpiece might ring loud and clear: especially when we consider the twenty-year gap between studio productions. Feverishly recommended." – Glenn Astarita / All About Jazz

"Two words-simply amazing! This new recording from classic progressive rock and fusion masters The Muffins after a twenty year hiatus is a breathtaking example of just how much fire is left in the genre. Bandwidth combines melodic jazz sensibilities with complex prog song structures and the searing nature of classic fusion, for a ride that was well worth the wait." – Pete Pardo / Sea of Tranquility