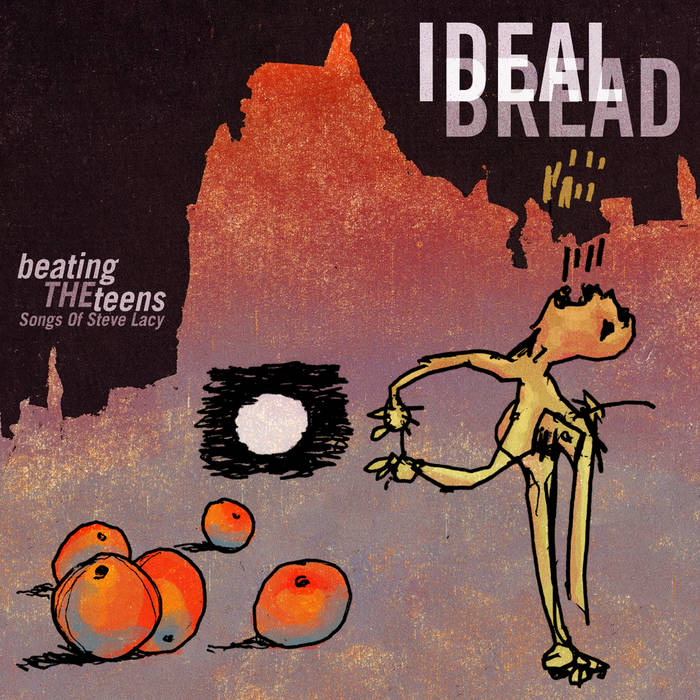 Ideal Bread’s 'Beating the Teens,' Over Two Years in the Making, The Band’s Third Album is a Genre-Spanning, 2-CD Statement About Repertory, Jazz and Creative Music in the 21st Century

“Ideal Bread aren’t staid re-creationists; they embrace the fierce originality and rigor of Lacy’s music and remake it in an utterly distinctive way.”
– Peter Margasak, Downbeat

With Beating the Teens, Ideal Bread’s leader and baritone saxophonist Josh Sinton decided to radically question and deconstruct the notion of a repertory band. Since the release of their first album, The Ideal Bread, in 2007, the group has existed with only two rules: 1.) Ideal Bread would be a band in the traditional sense, the same members for every album and every show 2.) Ideal Bread would play exclusively the music of iconoclastic saxophonist-composer Steve Lacy.

And with this album, their third, Ideal Bread continue to uphold these rules, but with a change of emphasis. As Sinton puts it, “In the beginning we were a Steve Lacy-repertory band that happened to be composed of four gifted improvisers, but along the way we’ve become a band of four gifted improvisers who happen to play the music of Steve Lacy. And the new album had to reflect that shift.”

Acting on this new reality, Sinton set out laying the groundwork for this new work. Using his concept of the musical object as a “flexible container” for the performer’s ideas and personalities, he looked around for a container large enough to hold all the idiosyncrasies and sonic facets of his longtime band-mates Kirk Knuffke (cornet) and Tomas Fujiwara (drums) as well as their newfound member Adam Hopkins (bass).

He found what he was looking for in Scratching the Seventies/Dreams, the 3-CD box set that collects all five LP’s Steve Lacy recorded for the Saravah label from 1971 – 1977. In these recordings, some of the earliest of Lacy’s compositions and therefore almost embryonic, Sinton found, “There was enough room for us to be ourselves in this music.”

Sinton transcribed all the compositions on Scratching the Seventies. But when in the past he would have left off at this point and been content to repeat these transcriptions, in this case he decided he would take the additional step of re-arranging all the pieces. In this he was guided by three considerations: 1.) He would use a compositional device no more than three times; so he would have to find unique ways of structuring the materials. 2.) He would make sure that each member had agency by insuring they had unique contexts for sounding their voices. 3.) Where possible, he would write the drum parts because as Sinton puts it, “Many of my favorite composers (Threadgill, Argue, Iyer, Braxton) can write for drums. It’s about time I learned to do the same.”

Following these prescriptions has led to an album that unselfconsciously embraces the sounds of Iggy Pop, musique concrète, Mos Def, Art Ensemble of Chicago, Morphine, 17th-century Baroque and Brooklyn’s current creative music scene among many others. “I kept each new arrangement only if I could affirmatively answer the question, ‘Is this who we are?” says Sinton. Beating the Teens is a record that could only be made by young improvisers in the 21st century, representing as it does the conflation of sounds and influences that is a trademark of this generation of artists.

Josh Sinton began writing the material in January of 2012 and the band began regularly rehearsing and performing it around New York City in July of that year. One year later, they felt ready to record the material. To make such an ambitious recording (26 pieces, some recorded in multiple realizations), the band reached out to their friends and fans. They successfully raised the funds needed for tracking the album via the crowdfunding website, Kickstarter and ensconced themselves for four days at Vibromonk Studios (a studio more often associated with singer-songwriters like Joan as Policewoman or the punk band World Inferno Friendship Society) in Williamsburg, Brooklyn.

Like Vibromonk, their engineer Tyler Wood is often associated with leading rock bands like Glass Ghost and Luke Temple, but is also well known for his work with jazz musicians like Jeremy Udden. “I asked Tyler to be my co-producer on this because I knew he would understand where I was coming from. I didn’t want to make a traditional ‘cinema verite’ type of jazz record. So when I brought in the pile of records I was using for sonic reference material, he was excited,” says Sinton. The album was mixed by Wood and Sinton in exacting detail and mastered at Sterling Sound by Randy Merrill whom Sinton had worked with on his previous recording Pine Barren. The result is a lushly mutlti-faceted record that seamlessly moves from resonantly stark solo pieces to busy soundscapes to tightly-organized rhythmic engines.

With Beating the Teens, Ideal Bread breaks new ground both for themselves and for the creative music world. The album poses questions for musicians (“What can we do next?”) and for the audience (“What is a repertory band?”). And while the answers are varied, the methods used to ask and potentially answer these questions make for fascinating and captivating music.

All compositions by Steve Lacy.

All photos of Ideal Bread by Johannes Worsoe Berg.