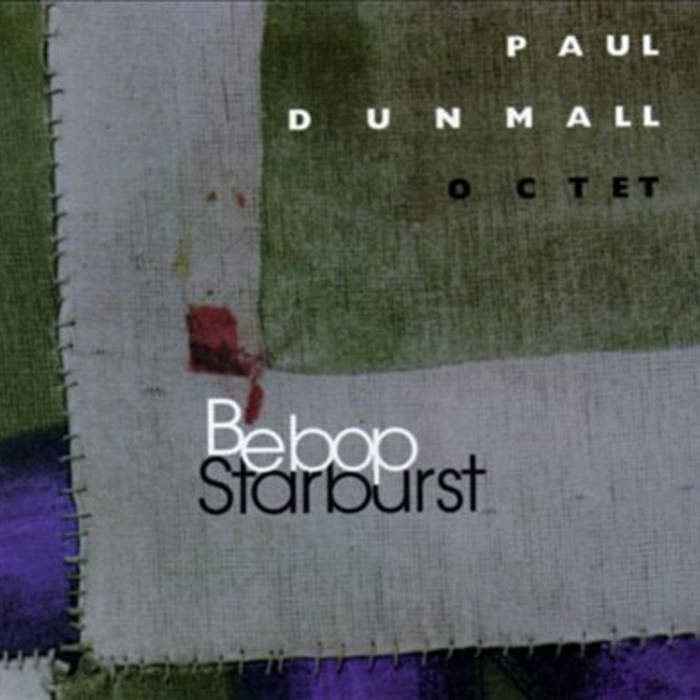 Nick Bradey Marvelous Britt Jazz - sadly Keith Tippett is no longer with us ; I recommend you check out his releases under his own name .

Sympathetically produced by Evan Parker, Bebop Starburst is an important addition to Paul's growing body of works, and to the genre known affectionately as "Britjazz".

“BeBop Starburst is the 2nd release by the brilliant British saxophonist Paul Dunmall and his Octet. All constituents of the extraordinary free jazz band Mujician (see February 1999 Modern Jazz Reviews) appear on this project; however, this is not Mujician plus “4” as some might expect. “BeBop Starburst” aggressively takes on its own identity from the onset.

Dunmall, co-founder and member of the critically acclaimed band Mujician maintains the patented swift pace and “free-style” approach yet explores crafty and fertile brass arrangements with this adventurous and captivating effort on the Cuneiform label. Produced by the legendary Free-Jazz pioneer Evan Parker, Dunmall summons his Be-Bop roots with a vengeance. Here, the Paul Dunmall Octet move forward with a 5 part series of works that stretch Be-Bop to its imaginary boundaries. “Part I” commences with a brief but instantaneous onslaught of difficult unison Bop inspired charts. Charlie Parker would be proud of these folks. Just when you get comfortable and the mind focuses on Bop, a transition ensues. In with the old and in with the new? Yes, Dunmall and associates explore the best of both worlds. The approach is fresh and the attained results prove to be extremely rewarding. “Part II” sets the stage for a sonorous blend of traditional Be-Bop charts and modern free-s! tyle execution. The Octet deconstruct and reassemble fragments of rapid paced Be-Bop motifs. The twin trombone section consisting of newcomer Chris Bridges and veteran Annie Whitehead add to the muscular backbone along with the world-beating rhythm section of Paul Rogers (b) and Tony Levin (d). Pianist Keith Tippett contributes mightily with seasoned technical expertise and improvisational savvy, not to mention frequent whimsical endeavors. Again, as with Mujician, Tippett proves to be an indispensable force. The viscous Brass section charts twist notions of Be-Bop to various extremes. The Brass parts are structured although; there are generous doses of improvisation, shifting patterns and breathing room for the soloist’s. Everyone is in top form throughout! Dunmall launches into some trademark rapid-fire attacks on Tenor Sax while Simon Picard combines strong melody lines with lyrical phrasing and sensitive thematic statements, which add to the already rich tonal balanc! e of the composition. What we encounter thus far are logical extensions of Be-Bop in an unconventional manner. It’s all daring, adventurous and well stated yet it is not all about crash and burn, there are sublime moments as witnessed in Part IV. The brief closer, Part V is a soft straight-ahead swing tune, which puts matters in perspective as if it were a closing thought or proclamation.

The New Year is off to a rousing start in the modern jazz world with the advent of this mini-masterpiece. “BeBop Starburst” effectively illustrates the boundless concepts that could be derived from Be-Bop as a musical art form. The Dunmall Octet could have unknowingly set the stage for a new slant on convention; consequently, Be-Bop acquires new connotations here. Highly Recommended!" – Glenn Astarita / AllAboutJazz

"Saxophone player Paul Dunmall is mostly known for his work with the free jazz quartet Mujician. But since 1997 he has been leading his own octet. Bebop Starburst is this band's second CD. The octet is formed of the four members of Mujician (Dunmall, Tony Levin on drums, Paul Rogers on bass, Keith Tippett on piano), plus Simon Picard on tenor sax, Annie Whitehead and Chris Bridges on trombones and Gethin Liddington on trumpet.

An impressive brass section like this (two saxes, two trombones, one trumpet) was screaming for a 1940s jazz-oriented music. Incidentally, this record offers free jazz flirting with bebop and swing. Did the American swing revival of the mid-'90s (thanks to the Squirrel Nut Zippers, the Brian Setzer Orchestra et al) gained the avant-garde scene? One thing sure, Cuneiform Records simultaneously released two CDs in this vein (the other one being Motor Totemist Guild's City of Mirrors). On Bebop Starburst, the listener is treated with a five-part program. Part one, is the argument exposed in 50 seconds. It instantly sets the pace of this CD with a burst of brass and a running bebop rhythm. Part two (seven minutes) picks up on the first statement and maintains the pace only to find a calmer mood in the end. Part three (20 minutes) opens on a prepared piano solo by Keith Tippett, soon joined by his three Mujician acolytes. If it weren't for the occasional brass lines, this would feel like a typical Mujician performance. Not for long, though: things go crazy once more, including ripping solos by Dunmall and Picard. Part four (another 20 minutes) starts in 3/4 as a slow jazz number and gradually escalate to a climactic frenzy and catharsis. Part five (3 minutes) is a typical big band ballad.

Bebop Starburst is all composed material with some space for free improvisation (especially in part three). The mood is festive, the party is on and you might catch yourself foot-tapping or even making a couple of dance steps. A surprising blend of old- and new-school jazz." – François Couture / AllMusic Guide