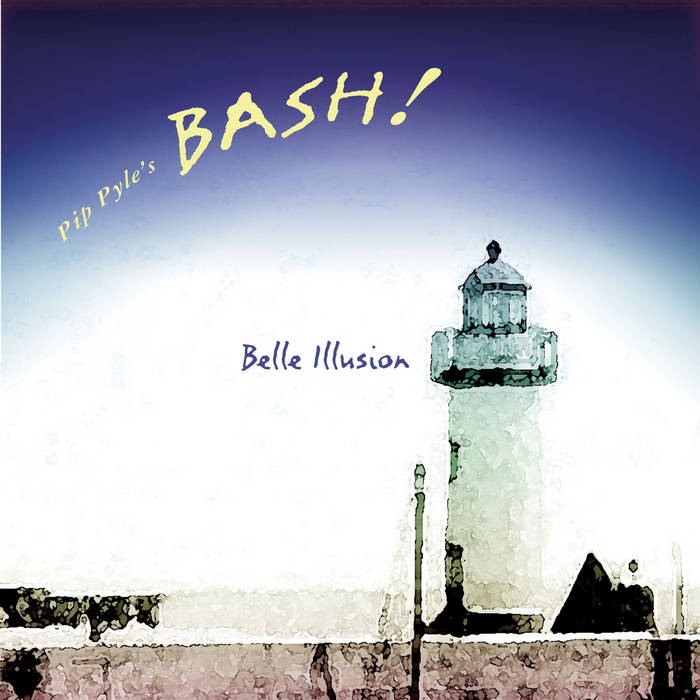 Drummer and composer Pip Pyle is widely recognized as the drummer of the Canterbury school of progressive rock. As the drummer for Hatfield and the North and National Health, as well as stints with Gong, In Cahoots, Soft Heap and many, many others in both England and France, Pyle is one of the great drummers of both progressive rock and jazz-rock/fusion.

His newest project, Bash!, is a modern electric jazz fusion/Canterbury outfit that integrates all of his past musical experiences while showcasing his compositional skills.

In 2002, Pyle formed the group Bash! to perform his own jazz-infused, rock-energized compositions. Besides Pyle, the virtuoso ensemble includes guitarist Patrice Meyer, keyboardist Alex Maguire and bassist Fred Baker. Belle Illusion, despite it being this group's first release, is an organic and remarkably mature work. Its success is in part due to the player's high level of skill, and in part due to the fact that Pyle penned his compositions with these specific players in mind. According to Pyle, Belle Illusion "is the nearest to writing for specific musicians that I've ever done".

Featuring excellent sound, the CD was recorded live at two festival shows, allowing the excitement that musicians bring to good live performances to be captured here. Bash! is sure to please fans of Pip's work and also to bring new fans to an appreciation of his music.

"Glad to take an opportunity to praise Pip. This is his second solo album, this time live - with a quartet (Keyboards, Guitar, Bass), highlighting that strength good musicians have, which recording can often obscure: immediate response and an interactive instrumental fluency that comes from a mixture of technique and unfeignable sensitivity.
Excellent sound, exemplary playing all round and careful mixing make this a very listenable and enjoyable CD. In Hatfield era mode, though with Pip's own accent and a nod to what came after, all done with a light, smart, touch that comes naturally to those who invented this genre - setting it apart from much of what now passes as 'prog', which just tries too hard....and Pip plays brilliantly, and only when he needs to. Chapeau." - Chris Cutler