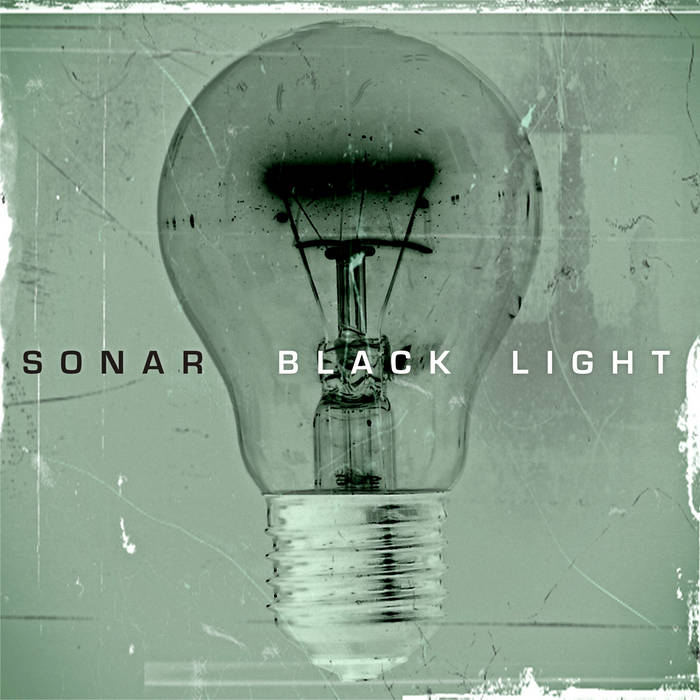 My body would rhythmically throb any time I was in the room where this was playing all day on repeat....

I know this album will stay with me for a long time. Favorite track: Black Light.

Far too many groups are described using the words "nobody sounds like them," but with Switzerland's SONAR, it's a description of rare verisimilitude. Rejecting the kind of guitar histrionics and posturing found in so many groups that fit within the general world of rock, SONAR's previous recordings--its two full-length albums, A Flaw of Nature (released on fellow Swiss Nik Bärtsch's Ronin Rhythm imprint) and Static Motion (the group's 2014 Cuneiform debut), along with the self-released Skeleton Groove EP and Live at Bazillus--set a high bar for conventionally configured twin guitar/bass/drums groups that few but SONAR's four exceptional members could attain.

At a time when most guitarists' acumen is measured in notes per second, SONAR is, instead, the confluence of rigorously considered writing, collective restraint, and a sound instantly recognizable as much for what is not there as for what is. A musical animal that manages to engage the mind while hitting the heart and the feet (despite its disposition towards complex polyrhythms), to call SONAR "instrumental rock" is unfairly reductionist for a group whose purview extends beyond progressive rock into contemporary classicism...certainly minimalism...a subtle taste of jazz...and, on its latest album, Black Light, perhaps even a hint of surf music described by the group's primary composer, guitarist Stephan Thelen, as "Duane Eddy Meets Jackson Pollock."

That's fellow guitarist Bernhard Wagner's solo on Black Light's title track to which Thelen is referring; one of six new compositions that--with hindsight--were found to mirror the format of one of the group's most apparent touchstones, King Crimson, and its landmark 1973 recording Larks' Tongues in Aspic, which also had, in the days of vinyl, three songs per side.

And while SONAR's music avoids conventional song form, there's something about Black Light that sounds more like actual songs than any of the group's previous recordings. "Larks' Tongues in Aspic has a very special kind of adventurous spirit which I think is not very far from what you hear on Black Light," Thelen explains. "A lot has to do with the odd time signatures and minor intervals, but also with a strong emphasis on group interplay. Our track 'Black Light'--which was originally 'Black Light, Part Two'--also has some formal similarities with 'Larks' Tongues in Aspic (Part II).'"

Thelen may cite Crimson, the compositional rigour of Nik Bärtsch, and minimalist composer Steve Reich amongst SONAR's more obvious touchstones but, just as its previous albums did, Black Light manages to come out of the gate sounding like none of them. An integrated team of players who place music ahead of ego, guitarists Thelen and Wagner relentlessly eschew flashy gymnastics and even largely avoid the usual arsenal of effects beyond a touch of reverb and a bit of distortion; Christian Kuntner is a lithe, dancing and eminently intuitive bassist while, at the same time, providing a potently visceral foundation; and, despite mirroring Crimson drummer Bill Bruford's mathematical precision, there the similarities end as Manuel Pasquinelli accomplishes the seemingly impossible feat of simultaneously delivering multiple rhythms in real time. Recorded live in the studio with no overdubs, Black Light is as in-the-moment as it gets.

Black Light also represents the first time SONAR has recorded with an outside producer in tow. And what a producer: David Bottrill, whose work as a producer and/or engineer, in addition to Crimson, Peter Gabriel and Tool, also includes time spent with Rush, Smashing Pumpkins and Dream Theater. "The music is at once simple and complex," Bottrill writes at his website, "polyrhythms over melodies over thunderous bass and a drummer who can seem to split his own body in half to play in two or more different meters at once."

"David is a very good listener," says Thelen. "He listens carefully to what you play, tries to understand what is special about it and then makes suggestions as to what could be changed to make it sound even clearer. He has no ego problems at all if you don't like his suggestions; he is really just genuinely trying to help you find your own voice."

SONAR's genesis--which began with Thelen's exposure to the music of King Crimson, Steve Reich and, yes, surf music when he was growing up in Santa Rosa, California, was further cemented upon meeting Wagner, the two of them taking part in Crimson co-leader/guitar icon Robert Fripp's Guitar Craft. With shared interests, the two put the group together in the summer of 2010, recruiting bassist Christian Kuntner and drummer Manuel Pasquinelli. They selected SONAR as their band name, an abbreviation of SONic Architecture, alluding to the highly structured, polymetric rock they aspired to construct. According to Thelen, "the band came together very quickly" after creating "a really strong concept" based on an alternate guitar tuning and a "less is more" approach to composition.

For a group with such humble beginnings, SONAR has attained international visibility--and critical acclaim--with surprising rapidity. "Had MC Escher made music instead of drawing his famously impossible perspectives, it would sound like SONAR," praised Sid Smith in Prog Magazine." Jeff Miers, of The Buffalo News, was even more enthusiastic: "An anti-hero's masterpiece...a revolutionary shot across the bow...that radically reinvents instrumental interplay...SONAR has defied the norm by crafting something singular and magical." Innerviews' Anil Prasad writes: "This is a superb, ultra-deep minimalist groove record pulsing with dynamic energy and creative intrigue. SONAR stands for 'SOnic Architecture,' which is apt given the razor-sharp compositional focus of the record. How often can you say you've encountered a truly unique act? Here's one that qualifies." And All About Jazz's John Kelman enthuses: "With progressive rock experiencing a significant resurgence, SONAR remains a rare outfit looking ever forward, with unrelenting emphasis on the true meaning of the word 'progressive.'...Static Motion is an album whose slow-build approach to dramaturgy, couched in intrinsic minimalism, reveals plenty more with each and every listen."

But it's not just critics who love SONAR: "A lot of musicians have written to tell me how much they like what we are doing," says Thelen. "My favourite reactions are from people who have been listening to music for a very long time and have written into publications with comments like: 'Best music that I stumbled upon in 2014. Thank you Guitar Player. It's so fantastic that the synapses can still be mystified and truly excited after 50+ years of listening to virtually everything that I could get my ears on,' and 'I find it quite wonderful that four blokes armed with guitars, bass and drums can have seasoned old gits like us exploding with such joy and enthusiasm. First time I heard the samples of this band, it was like being a teenager and hearing that game changing music (whatever it might have been for any of us) for the first time.

Recorded live in the studio by David Bottrill at Powerplay Studio A
in Maur near Zürich, Switzerland, January 2 - 5, 2015.

All tracks mixed by David Bottrill at Mainstation Studio
in Toronto, Canada, during February/March 2015 (www.davidbottrill.com).

All arrangements by Sonar.

Cover concept and photography by Stephan Thelen and Bernhard Wagner.

Additional photography by Stefan Thier and Vinoth Vasanthakumar.