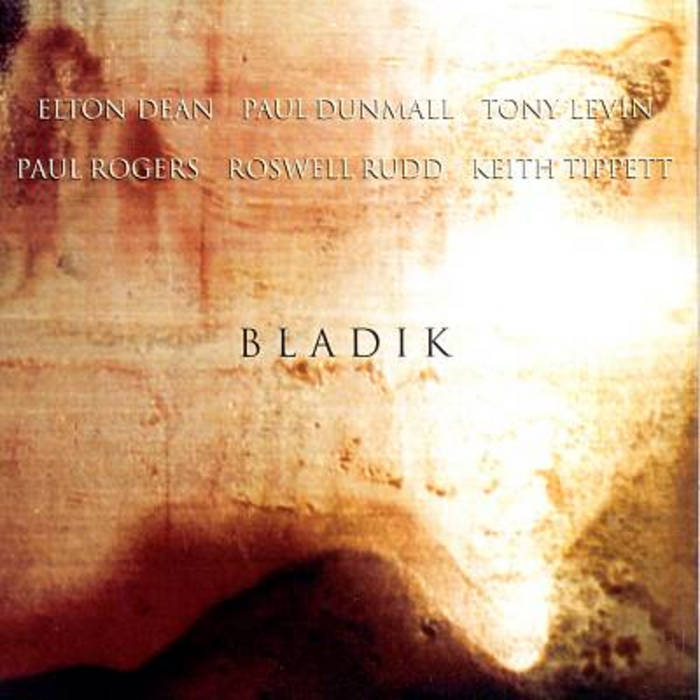 This album, released under all of the musician's names, but instigated and led by Elton Dean, features all of Mujician as well as the legendary American trombonist - possibly the foremost trombonist in free-jazz, Roswell Rudd.

"Dunmall, Levin, Rogers and Tippett perform and record on a regular basis as the Mujician quartet, and the addition of Elton Dean on saxes and Roswell Rudd on trombone adds some weight to the quartet sound, but doesn't change the style of the music appreciably. Like Mujician, this augmented group starts with relatively open-ended collective improvisations, concentrating initially on individual instrumental textures and timbres, and then works its way gradually into melody, metrical regularity and interactions among various group members. Each of the three long pieces is a journey, and process is at least as important as product. In fact, the episodic, improvisational nature of the music is such that the CD might as well be one long 60-minute composition, because there's no clear sonic or stylistic transition between one piece and the next. Rudd is a real presence at times on trombone; he's an expansive, extroverted musician playing an instrument which accentuates such personal qualities. On occasion, Rudd's presence gives some of the blues-oriented sections a gregarious, almost Dixieland sensibility. Dean and Dunmall are both excellent on saxophones, and although there's no information on who's playing what, I suspect that Dunmall would be most often on tenor, while Dean would be playing his standard mixture of alto and saxello. The emotional range of the music on Bladek is enormous, and includes poignant solo work, both lyrical and raucous dialogues between group members, broad blues swagger, and some powerhouse collective free blowing which recapitulates the best of the late, expanded Coltrane groups."
-Bill Tilland/All Music Guide