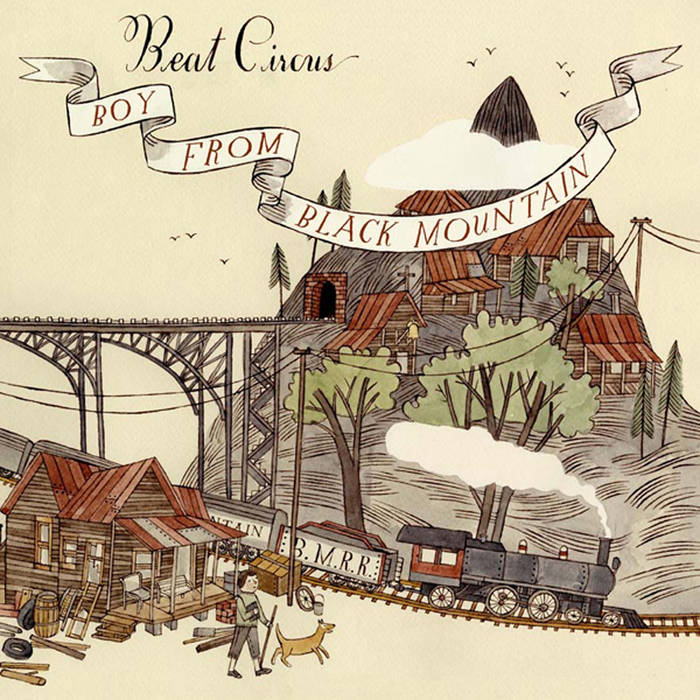 Alex Matheson I needed something different to listen to. Just at that moment this album appeared in an email from the Cuneiform label. I liked the cover, listened to the first couple of tracks and, Bingo!, I'd found my something different. An eclectic mix of styles, catchy tunes and foot-tapping rhythms topped of with thought-provoking and uplifting words. Great stuff! Favorite track: The Life You Save May Be Your Own.

Carsten Pieper The label praises this album as "bridging a number of disparate genres including experimental music, Americana, cabaret, circus music, Appalachian string music, bluegrass music, old-time music, Southern Gospel, and funereal music". Well, yeah, it does and nicely so ;-) Favorite track: The Life You Save May Be Your Own.

"To create a concept album is nothing new. Countless acts have done it in the history of music, but to create a vision, and in this case a trilogy, takes some experienced creativeness and Brian Carpenter has set out to make his vision a reality. With the release Boy From Black Mountain, the second album in the “Weird American Gothic” trilogy, Carpenter and his Beat Circus have created something completely unique and yet somehow amazing. Most concept albums fall short due to a lack of the artists understanding that while filling the concept lyrically and musically, the album still has to be listenable and captivating. Carpenter gets that. The lyrics throughout this album aren’t about some made up land or characters, but rather the life he has experienced... To bring the songs to life with a Southern Gothic feel, Carpenter has used a wide range of not so typical instruments that at any given time include accordion, viola, tuba, cello, and Chinese Suona. Wrap the odd instrumentation around a deep and dark lead vocal that is often times accompanied by a haunting soprano and this album comes alive. Concept albums are typically not my thing but this one delivers on every level from relatable lyrics to a well-crafted story of everyday life."
– Guest List

"Boston's circus of malcontents not only has the chops but features a fallen hellfire preacher/band leader (the captivating Brian Carpenter) who simultaneously channels Nick Cave and Johnny Cash."
— The Village Voice


Boy From Black Mountain is the third release from the determinedly eclectic Boston-based ensemble Beat Circus. Beat Circus is the brainchild of multi-instrumentalist / singer-songwriter Brian Carpenter. The music bridges a number of disparate genres including experimental music, Americana, cabaret, circus music, Appalachian string music, bluegrass music, old-time music, Southern Gospel, and funereal music. Beat Circus are a powerful live outfit as well and are gaining renown for their compelling shows, gathering great notices in high profile magazines (Time Out, The New Yorker and others) for their regular appearances up and down the northeast corridor.

The current edition of the band features a unusual and versatile instrumentation. Brian brought in violinist Paran Amirinazari and violist Jordan Voelker (who also provide background vocals), trombonist Doug LaRosa, and the rockabilly-style rhythm section composed of upright bassist Paul Dilley, guitarist/banjoist Andrew Stern, and drummer Gavin McCarthy. The understatedly beautiful cover artwork and illustrations within the full color booklet are by Carson Ellis, known for her work on albums by The Decemberists

Boy From Black Mountain began shortly after Carpenter's son was diagnosed with autism in late 2006. He began writing songs inspired by the experience of living with his son during the time of diagnosis and treatment. Carpenter further dedicates the album to his father and grandparents, whose lives as watermelon farmers in the rural Bible Belt inspired some of the songs. This is a very artful-yet-accessible album with great lyrics, memorable songs and rich orchestrations. In addition to the songs are a handful of haunting instrumentals which help to frame the overall work of the songs to a larger canvas.