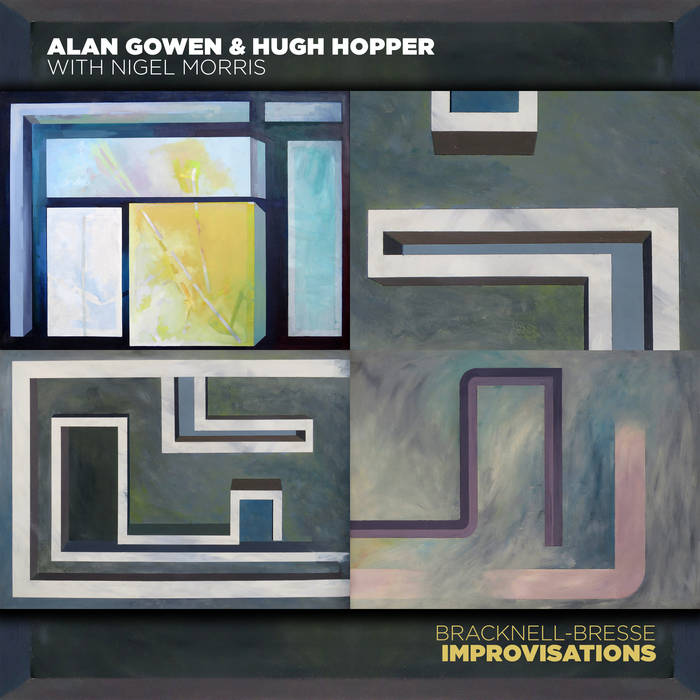 I knew Alan Gowen personally only from 1978 to his death from leukaemia in 1981 – three short years really when I think how close I felt to him musically and as a friend.

With his technique and talent he could have been one of those keyboard monsters playing in giant stadia and making gothic concept albums – if he’d been a more arrogant and extrovert person. Instead he spent most of his time in his front room in Tooting surrounded by keyboards, LPs and cassettes, reams of sheet music, small bells and percussion instruments, hooters and clockwork toys. And there he would sit writing and playing music – working wonders with Mini-moogs and other analog keyboards that in those days were somewhat less than user-friendly.

Half of the music on this CD was recorded on the first tour we did together in May, 1978. It was supposed to be three weeks of gigs in France for the band Soft Head, but the middle week disappeared as if by magic and by French ‘promoter’. Elton Dean and drummer Dave Sheen went back to England for the week, but Alan and I drove down from Paris to the tiny Burgundy village of Bress-sur-Grosne where we were due to play the following weekend. What we discovered there was the near wreck of an old village inn in the process of being renovated by longhaired, bearded, ex-actor Jacky Barbier and his entourage, with the eventual idea of setting up a club and recording studio. The first of many visits to Jacky’s…

Alan and I floated through the days eating fabulous food cooked by Jacky’s wife Pascale, drinking the local wine, and occasionally rehearsing music for the gig. One afternoon Jacky Barbier plugged us in and just let the machine run unti the tape ran out. What you hear on the second half of the CD is the result – some noodling, some lulls and pauses for breath and some colourful extended improvisations. Sixteen years later it still recalls for me that pleasant, unplanned week.

The other three tracks here come from the very last music I did with Alan. We’d recorded the LP Two Rainbows Daily in June, 1980, the first musical project I’d been involved in after giving up all music for over a year. Alan was always trying to get me back into playing and writing, and when he finally persuaded me, we made the LP at his house in a low-profile way – Peter Ball recording just the two of us, overdubbing keyboards and basses. So when I was offered a one-off gig at Bracknell a few months later, Alan was the obvious partner to choose. We asked percussionist Nigel Morris to play too – Nigel had been in East Wind and Isotope with me, but I hadn’t played with him for about four years. A chance to do some improvising and other strange stuff.

I prepared a backing tape of loops and other weirdness for us to play along with for the first set, another thing I hadn’t done for a long time – in fact not since the LP 1984 or the last gig I did with Soft Machine in Hamburg in May, 1973. We had no rehearsal for the gig. Nigel showed up at Bracknell with a wonderfully eccentric drum kit, including a giant, custom-made cowbell about two foot across that gave the whole kit a special reverberation. No good for a clean jazz rock band, but a marvel to behold for the subtle free improvisation he was playing at the time.

It rained hard, limiting the audience to a few enthusiasts. And those who did come were further bombarded by another bizarre tape I took along to be run off during the interval – voices and loops and all manner of oblique statements of musical intent. Sensibly, most people went to the bar.

Alan was off on holiday to Morocco the next day. I had a postcard from him saying “Gad – the heat! The flies!” Two weeks later Celia, his partner, called me to say that Alan was in hospital with suspected leukaemia. He died eight months later.