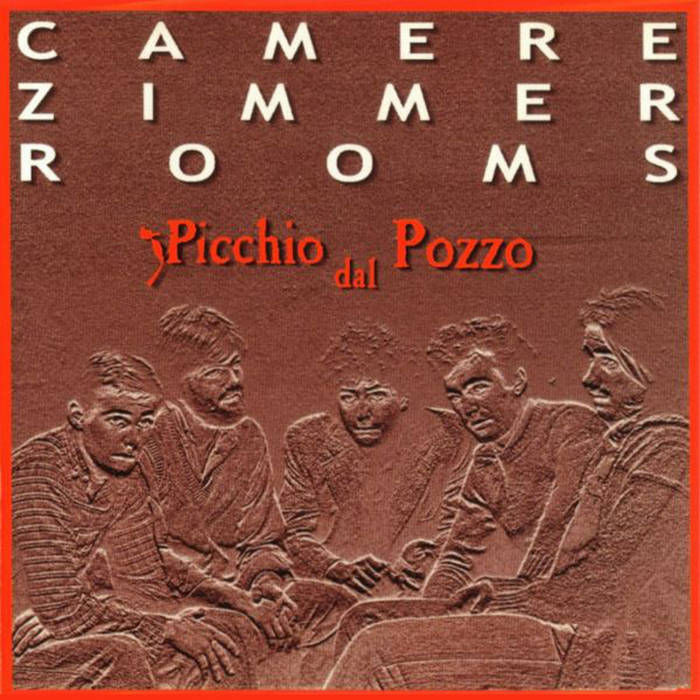 Picchio dal Pozzo are considered to be one of the very few "Canterbury" inspired bands that emerged from Italy's fertile 1970's progressive rock musical scene. They released two highly regarded - and highly sought after - albums during their lifetime. The exciting release of Camere Zimmer Rooms, a previously unknown studio recording of all unreleased compositions, extends their legacy greatly!

The band formed in Genoa in 1972. They released their first, self-titled album in 1975. The band recorded their second LP "Abbiamo Tutti i Suoi Problemi" in 1980. Shortly after that release, the band dissolved. But, back in 1977, with their first earnings as a band, Picchio decided to buy their first sound reinforcement equipment to use for touring. To check out the equipment, the band decided to set up a live concert in studio for some friends and record it. The result is the tapes that now make up Camere Zimmer Rooms.

While never originally intended for release, the band now feels that it is indeed the most faithful recording of Picchio dal Pozzo's music and mood. One of the first things that even the casual listener will discover is that Camere Zimmer Rooms does not sound like a live-in-the-studio recording. Using the full extent of the large band and pre-recorded tapes of things like natural sounds, factory noises, radio-advertising collages and other manipulated material, that were triggered by the various members of the band, the sound is indeed very close to a studio recording that would be filled with overdubbing.

Essential for their fans, fans of Canterbury and fans of avant-progressive music.

"A perfect blend with the Canterbury music movement from an intense Italian band. Intricate pieces driven by magical compositions that have no direct correlation to anything you’ve ever heard. In a class with PFM, Le Orme and Banco del Mutuo Succorso. Absolutely mad fun to listen to like Matching Mole or Henry Cow. – Larry Dahl

"Once upon a time, a bunch of bored European music conservatory kids collided with Zappa from his elaborate 'Uncle Meat' phase.
The kids were enthralled, having finally found a way to have fun with this stuff instead of a grim job in a symphony orchestra.
Picchio is what Italian kids did with Uncle Meat, street sense and leftist politics. They are utterly charming and I don't understand a lick of Italian.
Cammere Zimmer Rooms is the perfect entry level release with perfectly outstanding recording quality." – C. Rich

Many thanks to Romain Rioboo for his help on this project.