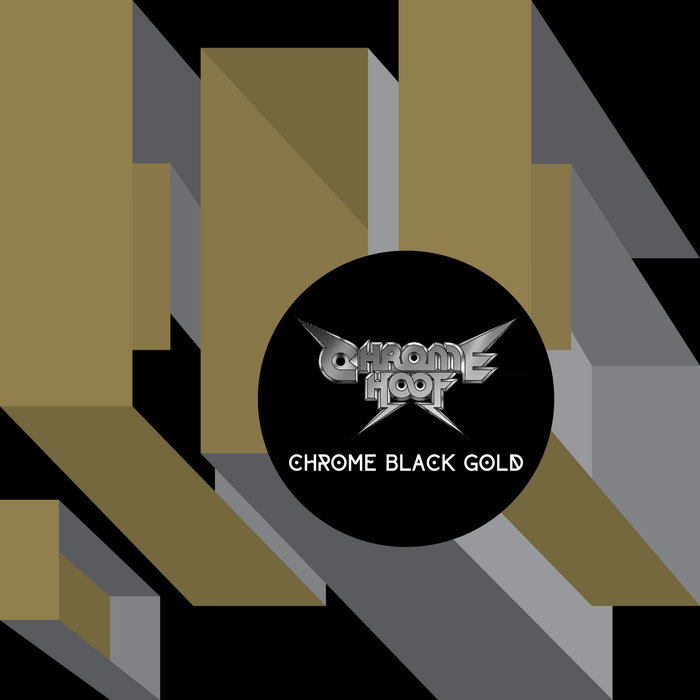 Deidre House Basically a fusion of disco and metal, very avant-garde and fun

jeff paper Beautiful! Love this album. I hear something fascinating and different each time I listen.

PDD Prog Rock meets Punk, with a touch of New Wave and even Death Metal to fill out the gumbo. Just an amazing album. Favorite track: Ultimate Sealed Unit.

"...has the subtlety of Can, the pomp of Pentagram and Sabbath, faithfully reproducing the looping musical themes of Magma and Goblin..."
– Kenny Anyway, Don’t Panic

"...a mind-blowing energetic mix of math-rock, prog, funk, disco, and psychedelia [with] some hints of jazz and metal.”
– Laura Lotti, The 405

"Are Chrome Hoof the best live band in the UK...?"
– headline from The Quietus

There are solo performers, duos, and bands, and then there are concepts, bigger than and beyond any particular singer, central instrumentalist, style, or ego. Chrome Hoof is one such concept, an evolving organism whose singular approach spans progressive rock, electronic dance music (especially electro), metal, funk, classical music, and more. Like Sun Ra, Magma, Trans-Global Underground, Frank Zappa’s Mothers of Invention, and Afro-Celt Sound System, Chrome Hoof is an ever-developing affair, unpredictable yet with a drive and focus that makes their music (like the aforementioned icons) truly memorable. Moreover, Chrome Hoof serve up their sonic gumbo with a truly theatrical flair evoking the spectacles of Devo, Gong, Parliament/Funkadelic, Hawkwind, and Sun Ra, transporting their audiences on a Trip Into the Beyond. The result is a one-of-a-kind, hugely entertaining, nitro-pop, electro-metal, synth-pop, sci-fi, space-disco, psyche-Dalek spectacle!

Chrome Black Gold, their 3rd full length album, finds the group calling upon some of the UK's most prolific musicians for this latest slab of music! Guests include the fabulous vocalist Shingai Shoniwa (Noisettes) and Jeff Walker (Carcass). The Hoof spring into action like the finely honed pan-galactic touring machine they have become, their spectacular and unique shows now the stuff of legend Across the Multiverse.

Having spread its feverish, exultant gospel across Europe, headlining a multitude of festivals, and with this powerful, new album backing them up, their hugely engaging and fun prog-psych-house amalgam is primed to dizzy and delight ever newer, ever larger audiences!