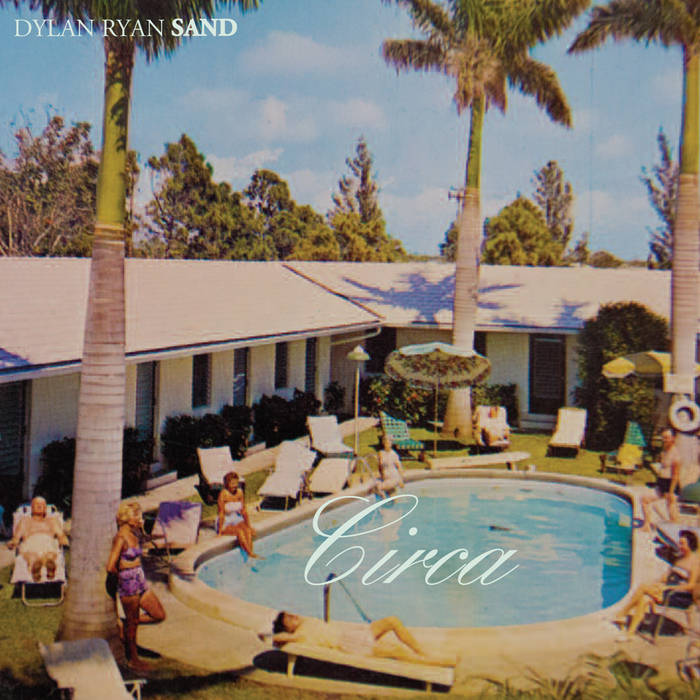 John Cratchley This Trio has moved on...more assured,more stature,more ideas,more confidence:the interplay is just wonderful and the soundscape is very dynamic...lots of surprises. I don't think of them entirely as a power trio...there's more subtlety and space in the music that qualifies all out attack. Timothy Young has a lot of range and he uses it all here. The music is invigourating.

"Dylan Ryan is a drummer adept at combining his jazz skills with adventurous rock, resulting in music that maintains the cerebral and visceral qualities of both.”
—JazzTimes

“With an ass-kicking palate of sonic texture, Ryan, Young and bassist Devin Hoff offer something in between John Zorn's raucous free-jazz and the romantic stylings of Black Sabbath."
– L.A. Weekly

Two years after the release of their acclaimed debut 'Sky Bleached,' Dylan Ryan/Sand will release 'Circa' on Cuneiform Records on September 30th, a purposeful continuation of the aesthetic that the group had fostered on its first record. Sand, which features guitarist Timothy Young (David Sylvian, Reggie Watts, Wayne Horvitz) and Devin Hoff (Nels Cline Singers, Yoko Ono, Cibo Matto), has a wholly unique styling, which ranges from the fearlessly improvisational to the tender; the abrasive to the understated.

Indeed, this range of influences and openness to various sonic possibilities is what initially drew Ryan to his bandmates. “I saw Tim Young play somewhat by chance in an old bar The Doors used to play in and I was so impressed that I wanted to be in a band with him immediately. He was doing a great combination of Meat Puppets meets The Dead and completely killing it. Then he sat in with our friends from Portland, The Blue Cranes, and did the most amazing ballad. I just hoped something would work out down the line with him so when I had the idea for the band I called him first.” Hoff and Ryan had long held a mutual admiration for one another’s work, and after many conversations hoping to play, they finally did, and Sand was born.

After the release of 'Sky Bleached', Ryan knew that he needed to release the group’s sophomore record quickly. Ryan, who was accustomed to composing in, as he says, “an old-fashioned, stereotypical, French-Guy-chain-smoking-at-a-piano-with-some-staff-paper way”, was forced to write most of 'Circa's material while on tour with Los Angeles band Rainbow Arabia. Consequently, most of the material on 'Circa' was crafted on Pro Tools, with an Akai Midi keyboard which allowed him to sketch out riffs, and progressions. When he would happen upon a guitar, Ryan would elaborate on these parts, visualizing and trusting that Timothy Young’s guitar prowess would actualize these ideas and add flesh to them in a way that would fit into the sound that the band had built.

Regarding his intentions for this record, Ryan said, “the most important thing for me while putting this record together was the idea of playing on the strengths of the first record without completely abandoning the sound we stumbled onto. When I did the first record, Hoff, Young, and I hadn’t played a single show, or even played that much together yet so we were kind of feeling things out. After touring that record, I knew that I wanted to build on four main things; the harmonic openness or simplicity, the dramatic dynamic shifts, the ensemble passages, and especially group unison parts as on songs like ‘Visionary Fantasy’.”

'Circa' takes the most memorable elements of the debut record and expands upon them, honing the craft, and further distinguishing their sound. The sheer size of the band’s sound has increased immensely. Introspective pastoral moments of “Visionary Fantasy” are book-ended by sludge-trodden group passages and the shadows of Dark Americana in “Slow Sculpture”, which in turn are countered in “Possession” with highly imaginative Melvins-esque ensemble figures. Young’s blissful guitar phrases lend an almost vocal capacity to these songs as Ryan And Hoff offer a perfect vehicle for his exuberance.

This rapport only adds to the success in execution of what Sand created on their debut. While 'Circa' might not be a radical departure from 'Sky Bleached', the fostered intensity and the ease with which the three deliver the music surely comes across on this impressive second release.

Recorded and mixed by Mudrock at The Hobby Shop, L.A., January 2014.

Mastered by Peter Andreadis at All City Mastering, Chicago, IL.

Design and layout by Alessandra Santucci.