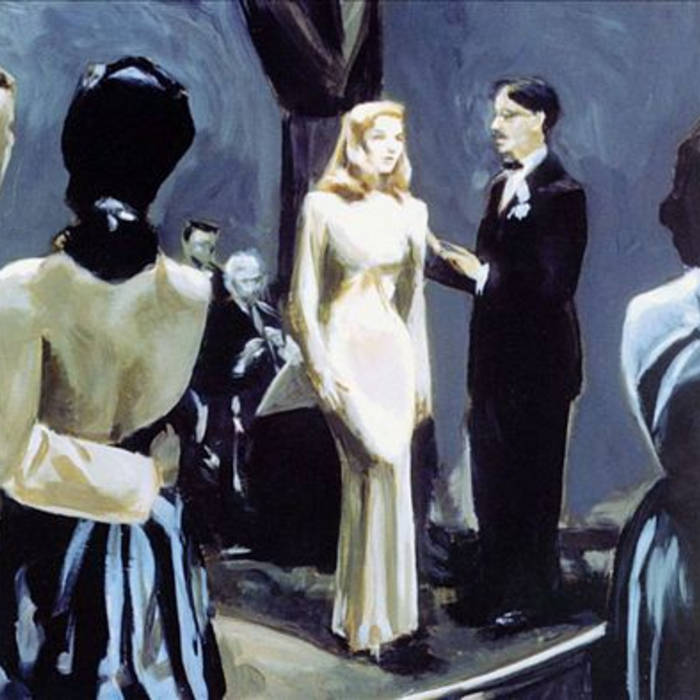 PDD Simply amazing. The melding of classical, jazz, rock, Broadway, and the avant garde creates a sound I have never heard before, but will revisit repearedly. Favorite track: Scarfnet.

Brilliant composer James Grigsby has revived his Motor Totemist Guild group as a 14 piece "little big band".
The compositions the band perform range from a short, almost pop [although HEAVILY contrapuntal] ditty to longer works which stylistically mix classical elements with jazz-stylings & solos to a massive work that features a graphic score, improvisation, as well as after the fact studio manipulations.

Things heat up as we get to the meat of the proceedings with the 14-minute composition titled “Scarfnet”. Here, vocalist Emily Hay combined with the idiosyncratic horn arrangements provide a sense of theatrics that occasionally rekindle memories of the late Frank Zappa, although, Grigsby’s personal stamp becomes more evident or realized as the project develops. “Scarfnet” engages modern jazz with an at times, L.A. cool attitude along with pervasive orchestrations which often include moody, dreamlike interludes. Grigsby’s “little big band” approach smacks the listener like a wet towel, as the music seldom becomes complacent or lethargic. Again, the compositions are somewhat theatrical as Grigsby’s music while demanding and complex is also liable to become light-hearted or whimsical. The story thus far, when also taking into consideration the CD artwork, seems that of....poking fun at society’s sometimes pompous and conforming social values. “Narcotic Lollipop” features a good “swing” motif and a lilting trombone solo by George McMullen as the composition takes on many faces through complex horn charts, “risqué classicism” and brief melodic interludes. Intermittent accents provided by electric guitarist Jeremy Keller and marimba master Brad Dutz add shades of color as the peppery, complex arrangements produce multi-toned and sometimes paradoxical ambiance which spawns enticing melodrama. Clearly, Mr. Grigsby proves that he is in a league of his own.

“Prudes vs. Libertines” is a slightly warped keyboard, midi extravaganza featuring odd-meter percussion. Unusual yet morbidly appealing. The 28-minute “Bixby Slough” was recorded live at Los Angeles Harbor College. This composition is a multi-textured sonic assault, which primarily serves as a large-scale modern jazz improvisational piece. The last 5 minutes or so finds Grigsby having some fun with cliché’ as he initiates the proverbial “let’s introduce the band” shtick while the impressionist CD cover art symbolizes 1940’s garb and ballroom dancing. Here, the comedic implications become more noticeable, especially as the listening experience winds down.

“City of Mirrors” is yet another musical masterpiece from a proven mastermind who gets extraordinary support from an ensemble of consummate, well-schooled musicians. Perhaps it is best that we do not know or care to ask Mr. Grigsby who is musical influences are? That notion may prejudice our plight to reconcile or account for the originality of his music. These are strong statements for sure yet “City of Mirrors” prompts human nature’s tireless quest for answers or perhaps closure. Motor Totemist Guild once again re-map conventional turf with poise, agility and discernment. The answers lie within the music! “Strongly Recommended” " – Glenn Astarita / AllAboutJazz

"Absolutely gorgeous. Even "Bixby Slough" in its cacophony is brilliant. "Scarfnet" is the most genious R.I.O. song by an american band, and what a lovely band." – Anton Bildern/RYM