Cuneiform Records: The Albums of 2016 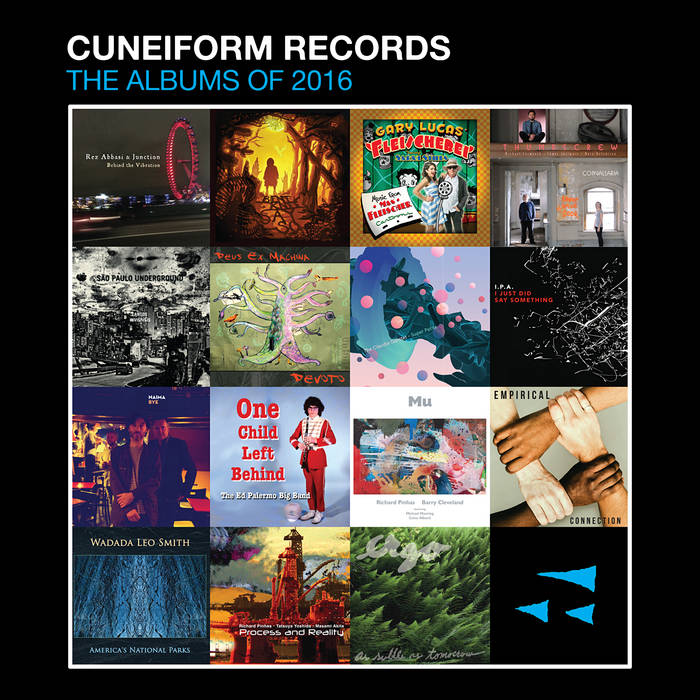 Arminda K Love the annual samplers from Cuneiform. Always opens my ears to new music I fall in love with. Favorite track: Leak Water [from 'Say So'].

Sven B. Schreiber (sbs) Cuneiform Records is one of the labels with the best avantgarde/RIO music in the catalog. Those annual compilation albums are always a good starting point for the exploration of new horizons. Favorite track: Dirty White Bucks [from 'One Child Left Behind'].

This special "Name Your Price" compilation album features nearly 1.5 hours of creative and fun music over the course of 15 tracks all of which was released by Cuneiform Records in 2016.

We invite you to listen to Cuneiform Records: The Albums of 2016 and explore the wide spectrum of music we recently released over the year. Each track by each artist is unique; we invite you to sample all. And then, if you've not already done so, we hope that you'll listen to full albums by the artists who most appeal to you.

Links to the full albums on Bandcamp:

I.P.A. (I Just Did Say Something)
cuneiformrecords.bandcamp.com/album/i-just-did-say-something

Ergo (As subtle as tomorrow)
cuneiformrecords.bandcamp.com/album/as-subtle-as-tomorrow