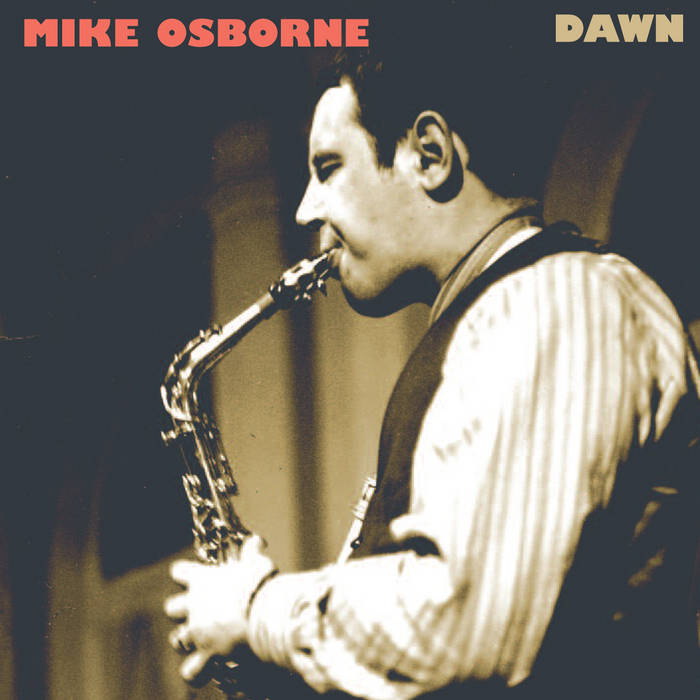 In the history of British jazz, there were few voices as unmistakable as Mike Osborne's alto saxophone, but his story is one of the tragedies of British jazz. Within 15 years of his first recordings, simmering mental illness had taken over and forced him away from his musical compatriots in vibrant London and brought him back to his native Hereford (near the Welsh border), where he lived under care until his death in 2007, his saxophone silent for decades.

But during his career, Osborne was one of British jazz's most versatile players, working with members of the various spheres creating a new indigenous British jazz: the Spontaneous Music Ensemble circle; the crowd around the South African Blue Notes; members of the Canterbury Scene; and the modernists centered on John Surman.

Dawn presents Osborne in both his earliest surviving recording, as a co-leader with Surman of a quartet from 1966, and in 1970 with the first known recordings of his mighty trio with the transplanted South African rhythm team of Harry Miller and Louis Moholo. These unearthed recordings not only fill in important gaps in Osborne's own discography but in the history of British jazz as a whole.

The first six tracks, recorded in 1970, are by his trio, his main vehicle as a leader and featuring his most long-standing partners in Miller and Moholo. The band only made two albums during its lifetime, Bordercrossing and All Night Long. Dawn is significant for presenting the trio years before these sessions and demonstrating that the group's sound, marked by Osborne's tart melodicism, Miller's brawny lines and Moholo's propulsive freedom, was established at the beginning of their partnership.

Listeners will then travel back four years earlier, with four recordings taken from a period when names now famous were just coming out from the shadow of Britain's traditional jazz scene. Osborne, 24, is there in his first recording, Surman, 21, in only his second, supported by Miller and drummer Alan Jackson. This was an era of formal suits and allegiance to the innovations in American jazz happening on labels like Blue Note and ESP-Disk', reflected in the performances and the material.

In all, there is well over an hour of excellent quality, previously unheard and unreleased recordings here, as well as a 12 page booklet with informative liner notes and many previously unseen photos. This is an important document historically, but even more importantly, it's really great music.

"Alto saxophonist Mike Osborne's career was relatively short—barely 20 years between his first gigs with the pioneering Mike Westbrook Band and his retirement from the music scene because of mental health problems in 1982. His discography is lengthy, but albums as leader are rare. Dawn draws together recordings from three relatively early sessions in Osborne's career—early, but testament to the maturity of his playing and writing. It's exciting stuff... Dawn is an important historical document. That alone justifies its release. Of course, historical documents don't always entertain—that's not their primary function. Thankfully, Dawn is historically important and entertaining. Osborne and his colleagues are on terrific form, bursting with ideas and barely controllable energy, a reminder that late-60s UK jazz may have operated in the commercial shadows but it basked in the creative sunlight." – Bruce Lindsay / All About Jazz