Dawn of the Cycads

by Birdsongs of the Mesozoic 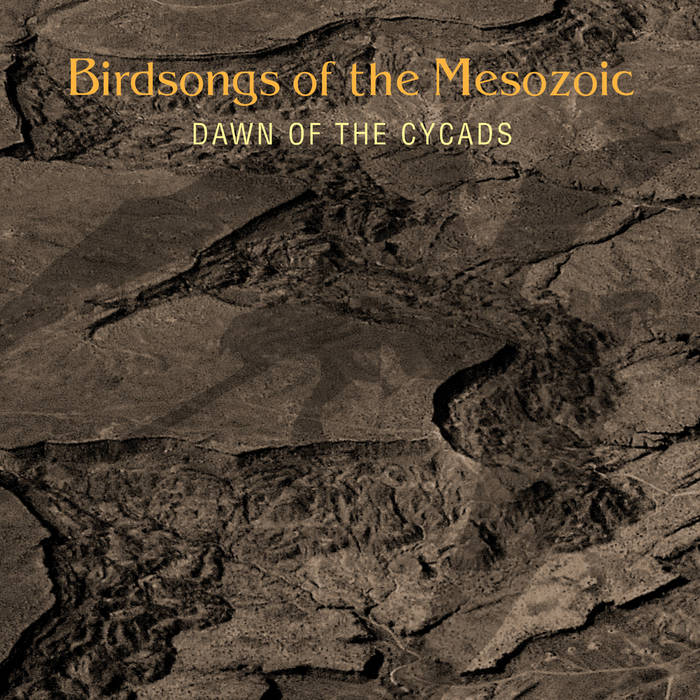 Birdsongs Of The Mesozoic began in 1980 as a side project by half of Boston's famed rock band, Mission Of Burma: Roger Miller and Martin Swope. Miller and Swope joined forces with Rick Scott and Erik Lindgren. Perhaps because of their tie to the ever-popular Burma or perhaps because of their sheer excellence Birdsongs Of The Mesozoic earned international recognition for their innovative sound. The New York Times called them "the world's hardest rocking chamber music quartet." Their unlikely mix of rock, punk, classical, minimalism, and free-form sound appealed to a broad range of musical tastes. As Roger remembers in the liner notes, "If I had to say what I thought was most unique about the band, it was that we actually played rock clubs and basically pulled off this rather unorthodox thing. Well sure, we pissed off some rockers (“Just look at ’em up there, shuffling their papers!”), but that wasn't really our concern. If this odd quartet wasn’t about as different as you could get and still play those venues, well at least we put up a pretty good fight." Rick Scott comments, "We were always the square peg in a world of round holes. Our instruments weren't bass, guitar, and drums, but guitar, three keyboards, and drum machine (with turntable, water can, washboard, and clarinet thrown in for good measure!). We played in rock clubs, but read from sheet music. We shared the stage with three-chord rockers, but played music from Brian Eno and Igor Stravinsky, and covered the theme from 'Rocky and Bullwinkle'. It boggles the mind how we got away with it."

For the first time ever, all of the band's 3 recordings for Ace of Hearts (Birdsongs of the Mesozoic, Magnetic Flip and Beat of the Mesozoic) are reissued in their entirety and in the order in which they were originally heard when they were first issued. In the the words of Erik Lindgren, the remastering done here, "sonically makes the 'Sonic Geology' package irrelevant." The package comes with a 20 page booklet of notes and photos and there is a huge wealth of totally cool CDRom material - 175 photos, art files, set-lists, dioramas, letters, documents and more. Additionally, there are two studio tracks and seven live tracks, none of which have ever been heard before, for over 45' of bonus material.

“If the only prayer you ever say in your entire life is ‘Thank You,’ that would suffice.” So yeah, thank you. Because who could resist the stately and surprisingly plump pieces on this comprehensive Ace of Hearts anthology with superadded bonus outtakes and live tracks? Only a person with a heart of stone. From the 1983 self-titled EP, opener “Sound Valentine” and “Orange Ocean” are the stand-outs. Proceeding to 1984’s Magnetic Flip we venture into more rugged territory; for some of us, the majestic opening track, “Shiny Golden Snakes,” and the tumultuous “Terry Riley’s House” must surely have been turbulent highlights from that lost year of dread, with “International Tours” and “Bridge Underwater” their psychopomp antitheses.The 1986 release Beat of the Mesozoic features more of the band’s playful yet consistently stirring and ambitious classical pieces, notably the opener “Lost in the B-Zone,” the luminescent “Waterwheel,” and the elegaic “Scenes From a...”. The seven live tracks, retroactively titled Between the Fires, reveal a band ably positioned to perform live some of their most rigorous and intellectually challenging compositions, notably “Carbon 14” and the astonishing, otherworldly climax to “Lqabblil Insanya.” – The Noise

The compilation of three remastered recordings which were initially released on Ace Of Hearts label (Birdsongs Of The Mesozoic, Magnetic Flip, Beat Of The Mesozoic), plus bonus material.