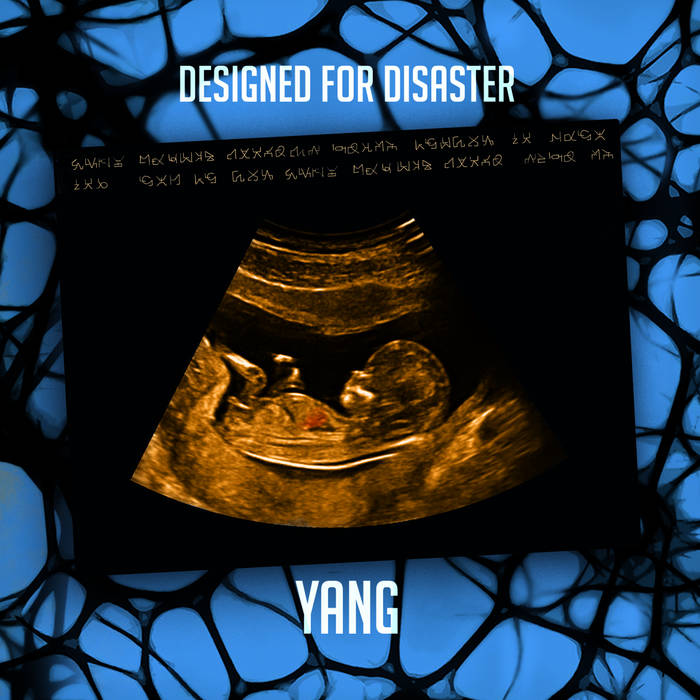 PDD Complex yet still catchy, these songs reveal new layers on each successive listen and still manage to lay down some mean grooves. Favorite track: Migrations.

French composer and guitarist Frédéric L'Épée formed his first serious band, Shylock, while in his teens and waxed two now highly collectible albums with that formation in the mid 70s; moving on to the guitar-centric combo Philharmonie, who existed from 1987-1998 and which produced a further five full-length releases. Since 2004, he has been leading and working with the more ‘rock’ oriented quartet Yang.

The European quartet’s fourth release, Designed For Disaster — their second for Cuneiform — is Yang’s first to feature singing, although the use of words is “meant to communicate an impression and not meaning”, Frédéric points out. A good example of this is the album’s track “Words”. as demonstrated by the new album’s fifth track, “Words”. Over an ominously martial beat, L'Épée and his bandmates shout single-word slogans: “Stark”, “Frei”, “Fight”, “Klang”, “Bruit”, et cetera. These are almost but not quite drowned out by a barrage of distorted electric guitars; the effect is that an unknown and threatening authority figure is issuing enigmatic orders, with consequence for those who don’t obey. It’s eerie, and unsettling.

With Designed for Disaster, his compositions primarily have their genesis in Baroque music, minimalism, and of course the progressive rock he gravitated towards as a teenager, with King Crimson’s Robert Fripp as his acknowledged influence, but there are passages on Designed For Disaster that sound very much like what Steve Reich might have arrived at had he been writing for two guitars, electric bass, and drums rather than for percussion ensemble.

But there are other factors that L'Épée, as Yang’s sole composer, constantly takes into consideration. One of these has to do with the group of accomplices he’s assembled: bassist Nico Gomez, he notes, has a gift for melody; guitarist Laurent James has a complementary ear for texture; and drummer Volodia Brice is capable of negotiating the most complex time signatures. “What is happening is that every musician plays with his own personality, and I compose with those personalities,” he adds. “For another lineup, I would not compose the same at all.”