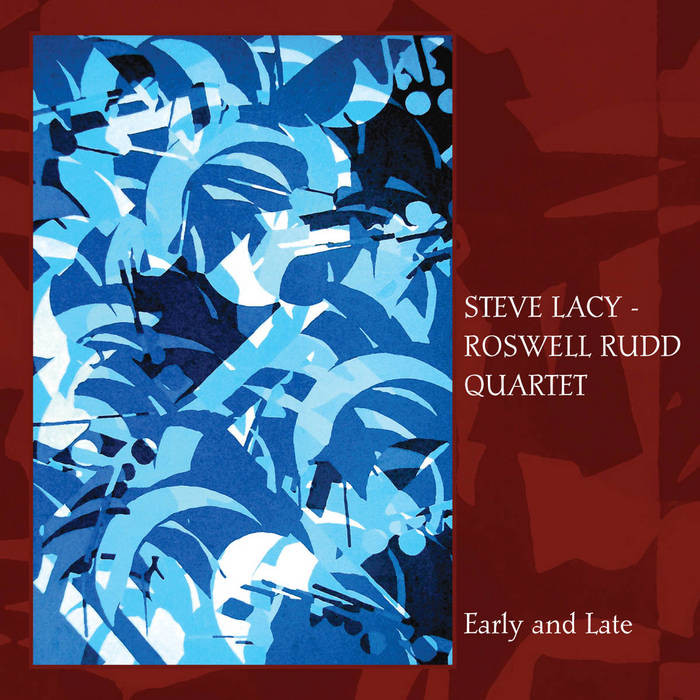 "One of the great soprano saxists of all time."
- All Music Guide

"...a trombonist of such sweeping power and majesty that he transcends all styles."
- New York Times

Until his death in 2004, soprano saxist Steve Lacy worked with trombonist Roswell Rudd as often as circumstances would permit, from their start together in Dixieland-style bands in the 1950s to the more adventurous styles that both master players are known for. This album of all previously unrelhheased material with great sound presents work spanning a 40-year period.

The majority of this album (nearly 2 hours) is taken from concerts from 1999 and 2002 and features the great 'free-bop' quartet they co-led that featured the rhythm section of Lacy's longtime sextet, Jean-Jacques Avenel on bass and John Betsch on drums. This band's repertoire here features a number of compositions by Lacy as well as one each by Roswell, Thelonious Monk and Herbie Nichols.

Additionally there is over 20' of studio recordings (so far, the only studio recordings ever released!!) by the famous 'School Days' quartet (Lacy, Rudd, Bob Cunningham-bass and Denis Charles-drums) from October, 1962!

This album was compiled and produced for us by noted Lacy expert Jason Weiss, who contributes short liner notes and pulled together the best performances from the different shows. An essential, swinging, free-jazz release.

"It’s tempting to riff on Early and Late’s historical significance, or wax sentimental about how much Lacy is missed; permit me to get concrete and say that this is a really great album, one of the best jazz releases I’ve heard this year."
- Bill Meyer/Dusted

"There isn't a dull moment on either of these two discs, and to think these two men who played together rather infrequently over forty years could communicate this well and propel a rhythm section to such heights along with them is remarkable. This is one for the collectors because it offers so much unreleased material that should have been on the shelves all along. But more than that, it's a genuine surprise that something like this exits at all. Jason Weiss, who coordinated this, and Michael King, who did the remastering, have done a wonderful thing. This is the sound of music on a frontier that doesn't lose its heart or its lineage in the process. Wynton Marsalis for all his loose-mouthed blabbering about the avant-garde and how it strays from the tradition and doesn't swing should listen to this in light of his own work...and let his ears be opened to the creative and authentic musical majesty of postmodern, creative jazz at its best. Indeed, Early and Late is proof that there's plenty left to do in jazz, and that jazz may be the people's music and may have come from humble origins, but that doesn't make it any less an art form, but one that almost anyone can enjoy."
– ThomJurek/All Music Guide