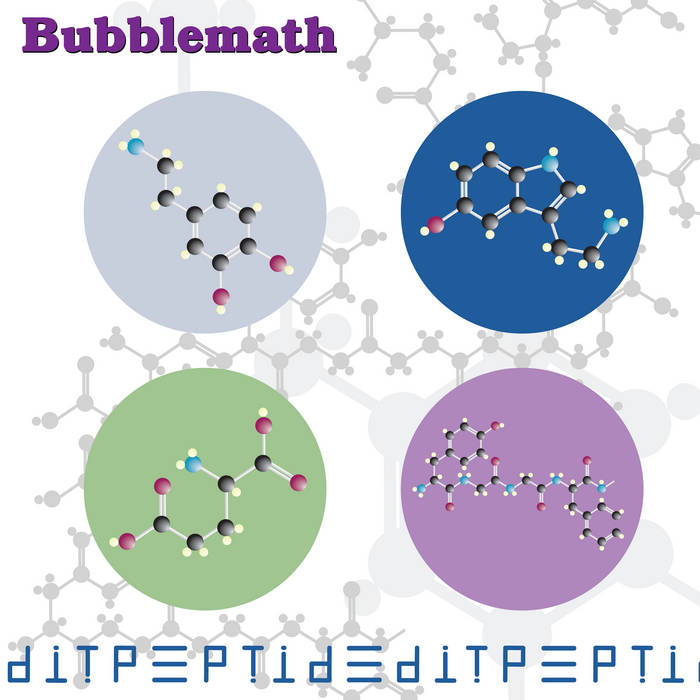 aimee This album is legendary. Prog fans of all flavors will find something to appreciate within Edit Peptide, because it's an incredibly flavorful piece of pie.

Carsten Pieper And yet another gem that had vanished down the wishing line, er, list, saved by yet another Cuneiform weekend special. Thanks again, guys!
A cornucopia of avantgarde rock, not from the Big Prog Gloomy Mountain side of things but full of hooks, energy and humour. Very glad not to have missed this! :-)) Favorite track: A Void That I Can Depart To.

Sven B. Schreiber (sbs) If many of the good people I'm following are buying the same album at the same time, I can be sure that another "Cuneiform" promotional week is going on, and this means they give away some true gem for half the price. This "Bubblemath" item was somewhere on my giant wishlist for quite some time, but it finally bubbled up right now. This is heavy-duty avant prog in the vein of "Echolyn" and "Finneus Gauge", with obvious influences of the "Cardiacs" and "Gentle Giant" - a mind-boggling cocktail! Favorite track: A Void That I Can Depart To.
more...

"Edit Peptide is a dense album filled with musical twists and turns. This is math-rock with big doses of classic progressive rock and occasional forays into more melodic material." – Popmatters

The current Bubblemath line-up came together in 1998 and released their 1st, 2002's Such Fine Particles Of The Universe. Then came mostly silence. Naturally, they recognize that having so many years between albums could be —as Kai Esbensen jokes— "[an] advantage or a detriment. Maybe both!" He reflects that the group originally thought it’d be “a breeze” to follow-up Such Fine Particles of the Universe, an album that won them 86,000 MySpace followers and Minnesota Music Academy’s "2002 Best Eclectic Recording” award. However, a series of setbacks, ranging from "broken equipment, to broken promises, to loss of funding, to loss of partners and pets and parents, to incompatible mix engineers, to extended sabbaticals, to extended medical emergencies" made it difficult to accomplish that ambition." Add in other factors, and it's easy to see why Edit Peptide gestated for so long. Ultimately, the lengthy hiatus did prove positive, though, as it allowed "all five of [them] to become better musicians" who are capable of yielding a more striving, unpredictable, and colorful collection. They couldn't be prouder of it!

It's not often that a band releases a new album after such a long hiatus, let alone something that exceeds expectations beyond fans’ wildest dreams. Somehow, though, Bubblemath has done just that with Edit Peptide. By conducting so many divergent styles, refining their songwriting and compositional skills, and most of all, sticking to their guns when it comes to crafting highly challenging and adventurous, but also quite hypnotic and welcoming, tunes, the quintet proves just how perfectly a band can fuse the familiar and the fresh.