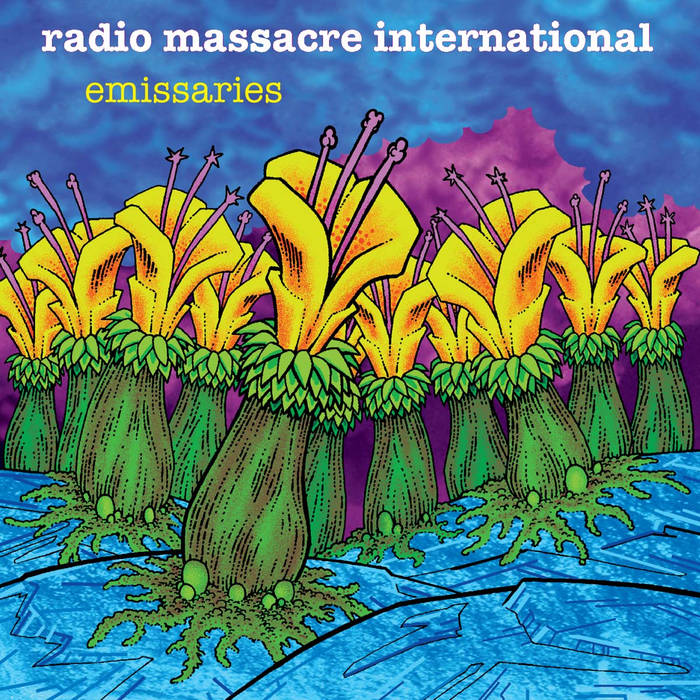 jeff paper Without a good reason for saying so, this album reminds me of Marconi Union, but crunchier. One of my favourites, for sure.

Carsten Pieper I had taken much delight in "Rain Falls in Grey" so when this weekend's Cuneiform Records special deal was announced, I went for it without seconds thoughts ;-)
Although I'm by far not the first, to hint in that direction, I cannot possibly imagine how fans of.70s Berliner Schule (TD, Klaus Schulze, Ashra...) could not like this! Favorite track: a priest crossing frozen water.

Radio Massacre International is a British trio of Steve Dinsdale (keyboards, electronics), Duncan Goddard (keyboards, electronics) and Gary Houghton (guitar, keyboards). These three musicians have worked together in various configurations since the early 1980's and formed R.M.I. in 1993. They released their first album in 1995 and since that time have released dozens and dozens of albums.

Emissaries is intended to introduce the band to the music world at large outside of the electronic music cognoscenti. This deluxe 2 album set features a new studio album, a live album recorded at radio station WXPN in Philadelphia during their 2004 USA performances and a stunning cover by cartoonist Matt Howarth.

"If you like Berlin school 1970's electronics...this is a feast of scorching sequencers and synthesizers, laced with searing guitars over lots of cool outer space drifting."
- Expose

Disc One recorded Autumn, 2004 at Northern Echo (South) and the Greenhouse, UK.