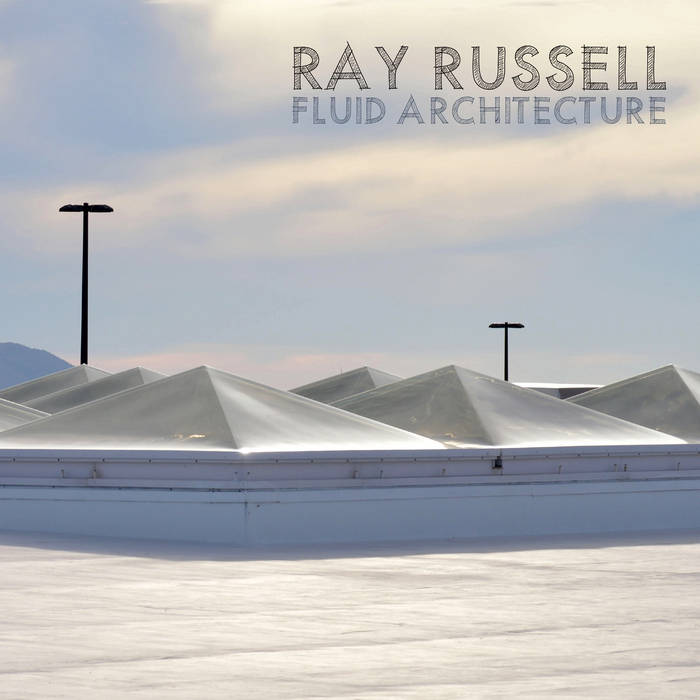 PDD I agree with the above description. Russell makes the guitar sound like almost no other guitar I have ever heard before. Stellar. Favorite track: A Room Within A Room.

“Russell isn’t merely a fine jazz player,but a truly original music thinker and an improvisational force to be reckoned with.” – All Music Guide

"I believe in the sonic signature. Gil Evans used to say, 'Everyone has a cry. Without it, only notes come out of the instrument.'" – Ray Russell

Frank Zappa famously characterized music as sculpted air, a notion Ray Russell parlays into another dimension entirely on Fluid Architecture. Russell's new collection of unique sonic structures reflects the composer and longtime Fender Strat experimentalist's sonic signature – one distinguished by diversity and combining luscious lyricism, screaming expressionism, and an alien vocabulary of textures and colors – often within the same track. Russell's guitar can be as comforting as man's best friend or as threatening as colors out of space.

Past, present, and future entwine on opener "Escaping the Six-String Cage." This sinuous and stately, electronically enhanced edifice subliminally samples Russell's free-music masterpiece, June 11th 1971: Live at the ICA. It's the perfect introduction to the architectonic underpinnings of Russell's sound(s) here.

Guitarist-composer Ray Russell has enjoyed two distinct careers: one as an esteemed session player and award- winning film and televison composer, another as an ingenious guitar experimentalist and free-thinking collaborator.

As part of an exploratory group of British ‘jazz and beyond’ musicians in the late 1960’s, Ray Russell released a number of acclaimed and ultimately influential experimental albums; Dragon Hill, Rites & Rituals, Live At The I.C.A. and Secret Asylum into the early 70s and these albums all burst at the seams with compositional invention, soundscaping expertise (he's reputedly the first English guitarist with a pedal-board setup), and a flair for collaborative mind-melding.
Based on the dates of these releases, he can claim to be, along with Sonny Sharrock, one of the earliest ‘free’ guitarists.

Since then, Russell has enjoyed a freelance career composing award-winning TV soundtracks and working with artists ranging from Phil Collins to Gil Evans to Tina Turner to Andrew Lloyd Webber, but he remains a dedicated sonic explorer.

Mixed and recorded by Rik Walton and Ray Russell at and in various times and spaces. Mastered at Sonic Cuisine by Wes Maybee.