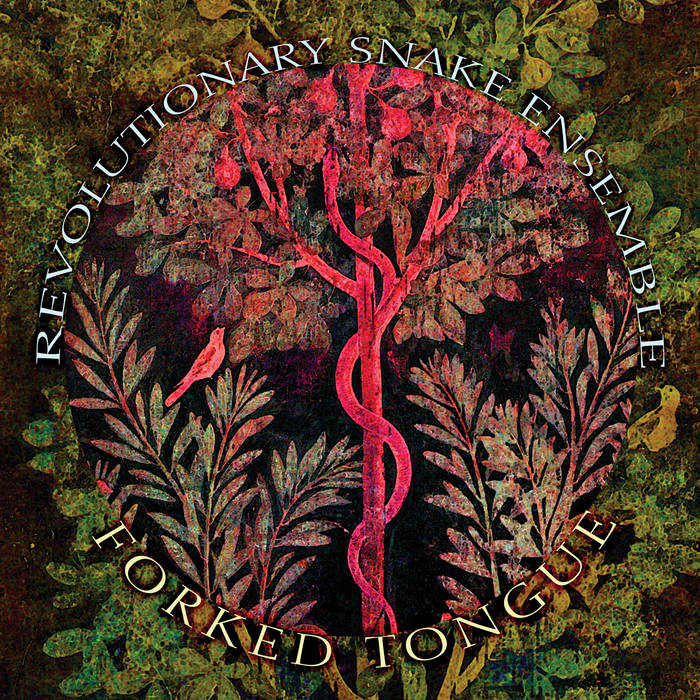 "One of the most successful combinations of booty-shaking & brain-stimulating music to be released this year!"
– Splendid

"They've pretty much modernized the traditional concept, and they've spun it into a singular sound that's very unique and very vibrant. They went past the tried and true. They managed to do it all with a very distinct musical persona."
– Glenn Astarita on NPR's Morning Edition.

“Boston's own rabble of horn players and drummers bring a positively Sun Ra shine to second-line music."
– The Boston Herald

"Alto saxophonist Ken Field fronts the Revolutionary Snake Ensemble, a band that has taken danceable music to both earthy and progressive levels. This CD pays close attention to the traditions of New Orleans funeral, march, and groove musics. Judging by the costumes the band wears on the booklet photos, they are also intent about putting on a stage show that would make any Mardi Gras celebration memorable. The band weaves in and out of traditional tunes everyone is familiar with, a formidable slew of potent originals, and pop tunes modified much further away from their original static arrangements.
The septet does a levelheaded but exuberant version of "Just a Closer Walk with Thee," and a reverent processional "Give Me Jesus," but that's where commonplace comes to a screeching halt. "Little Liza Jane" has underground vocals, balafon, and African percussion, "Down by the Riverside" is an off minor post-Katrina paean in slight tango rhythm, and "Que Sera Sera" is not the standard soppy waltz you've always heard, but a Congo Square shuffle. The funkiest number, written by Field, is "Slots" merging James Brown's strut with Lester Bowie's swagger, while "Brown Skin Girl" is a definitive calypso reminiscent of the Sonny Rollins evergreen "St. Thomas." They do Ornette Coleman's lesser-known tangential melody "Chippie" in an expansive manner reminiscent of the Either/Orchestra, and add a touch of the Wild Magnolias style onto "White Wedding," the pop tune of Billy Idol, which frankly sounds a bit odd. Field's other excellent written works add multiple wood whistles under the horn driven "The Large S," a vamp juxtaposed against jumpy rhythms with long toned horn lines during "Minor Vee," and the kinetic, layered "Under the Skin," a definitive tune for both dancing and listening.
A quirky, idiosyncratic band capable of both partying and intellectual discourse (think Sun Ra,) the Revolutionary Snake Ensemble are not so much cobras or electric eels ready to strike as they are a collective of friendly but slippery creatures intent on creating fun, illusion and evasive maneuvers."
– Michael G. Nastos / AllMusic

Formed in 1990, Revolutionary Snake Ensemble is an experimental brass band with influences ranging from free jazz to New Orleans second line to contemporary funk. They capture the fun of a street parade band while also expanding its stylistic range. This is their second album. Their first album received considerable public, radio, and press acclaim. This is the only CD ever released to include songs written by both Billy Idol & Ornette Coleman!

The band performs 40-50 times per year. Notable appearances have included the Kennedy Center for the Performing Arts, the Krewe of Muses Mardi Gras Parade, the Cambridge River Festival, ArtBeat, the Central Square World's Fair, Tonic, First Nights Boston, Providence, & Fall River, the Museum of Fine Arts of Boston, the Brooklyn Academy of Music, Berklee Performance Center, and numerous other venues. The Snakes have traveled annually to New Orleans on the Amtrak Crescent train for the past four years, performing on the train along the way.

The Ensemble can be heard on Parade of Numbers, an animated counting piece regularly aired on the television program Sesame Street.