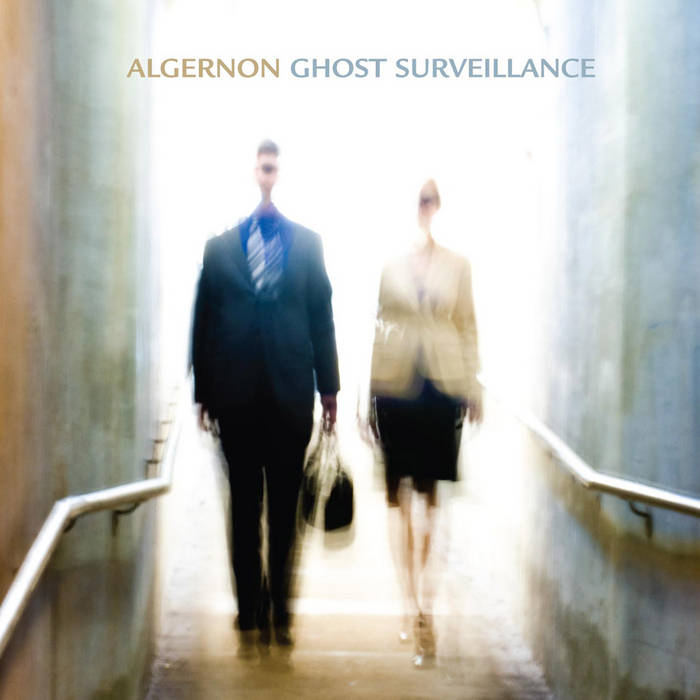 Algernon are one of Chicago's fastest rising young bands. All instrumental, they feature a unique line-up of dual guitars, vibes, bass and drums. The band is led by guitarist and composer Dave Miller. The other members of Algernon are second guitarist Toby Summerfield (who also was a member of Larval for many years), vibes player Katie Wiegman, bassist Tom Perona, and drummer Cory Healey. Miller formed Agernon as a way to combine a large number of influences of various types of music he liked in a unique way, without any one of them being the dominant sound. These influences include experimental rock (60s psychedelic rock, Jimi Hendrix, 13th Floor Elevators), kraut-rock (Harmonia, Can and Neu!), post-rock (Tortoise, Isotope 217, Chicago Underground, Godspeed!, Talk Talk) the late 70s art-punk and no-wave scene (Sonic Youth, Glenn Branca) and avant-garde jazz. A very important point about Algernon's music is despite Dave having a strong jazz background, Algernon is not a improvising band. The music that Dave writes for the group is basically wholly scored; there is a very small amount of improvisation and what improvisation there is, is more about atmosphere(s) than about solos.

Ghost Surveillance is Algernon's third album and is their first on a label able to reach a wider audience. Their music brings a lot of influences together in surprising and entertaining ways. A quick listen to the download sample will show you why we have such great enthusiasm for this band, as they manage to be quite accessible while pushing stylistic boundaries and exploring new paths.

"The brainchild of guitarist Dave Miller, Algernon walks a thin line between melodically driven post-rock and instrumental unconventionality. The quintet, based in Chicago, has drawn comparisons to hometown compatriots Tortoise — thanks to a vibraphone and a few jazz-inflected melodies — but it very much has established its own voice, particularly on Ghost Surveillance, its sophomore album. This album places greater emphasis on synthesizers and sprawling song structures, but at its core is the combination of accessibility and technicality that has defined Miller’s style. Noisy, circular rock riffs transform to tranquil, wandering passages. “Timekiller,” the album’s fourth track, is a beautiful, buoyant number — and one of the band’s best creations to date. As always, the vibraphone work of percussionist Katie Wiegman offers a warm, harmonic accompaniment, but the group’s best-supporting player may be drummer Cory Healey, whose wild fills and drum-and-bass moments imbue Ghost Surveillance with explosive bursts of energy."
– ALARM (best albums of the week)

"Algernon is one of those bands...that is pushing the boundaries of rock...and more to the perimeters. They obviously don't care if it can be pegged to a genre, they only care if it's good, and it is!"
– Jazz Chicago

"Just when you thought it was all over for Chicago as post-rock central, along come bands like Algernon to gun that ostinato-loving, vibraphone-plunking, odd-metered motor once again. With their third album, Algernon not only carries on in the spirit of ‘90s innovators like Tortoise, Isotope 217, et, al, they bring the style into a new era. As with many of the musicians from the Windy City's first wave of post-rock, the members of Algernon are mostly jazz-schooled -- very literally in guitarist/leader Dave Miller's case, as he wrote a graduate thesis on the knotty jazz modernism of Lennie Tristano, Warne Marsh, and Lee Konitz. This doesn't mean that they can't handle a rock-oriented groove with the appropriate amount of muscle, but rather that they bring an intimate familiarity with jazz harmonies and time signatures beyond 4/4 to the table. But while this is often a jazzy album, it's far from actual jazz; for one thing, there's little improvisation, most of the tracks being tightly composed, with the guitars of Miller and Toby Summerfield chasing each other through interlocking riffs with color commentary from vibraphonist Katie Wiegman, while the whole thing maintains an insistent, Krautrock-influenced pulse much of the time. And while there are no epic-length Moog fantasias or Tolkien-esque lyrics (no lyrics at all, in fact) on Ghost Surveillance, no post-rock outing would be complete without a bit of prog rock influence, and the 11-minute "Debrief and Defect" does indeed work itself up to an art-rocking peak that brings to mind mid-‘70s King Crimson. Much as their spiritual kin Battles have done, Algernon show that the forward-looking sounds of their ‘90s forebears can still maintain momentum in a changing musical universe."
– AllMusic