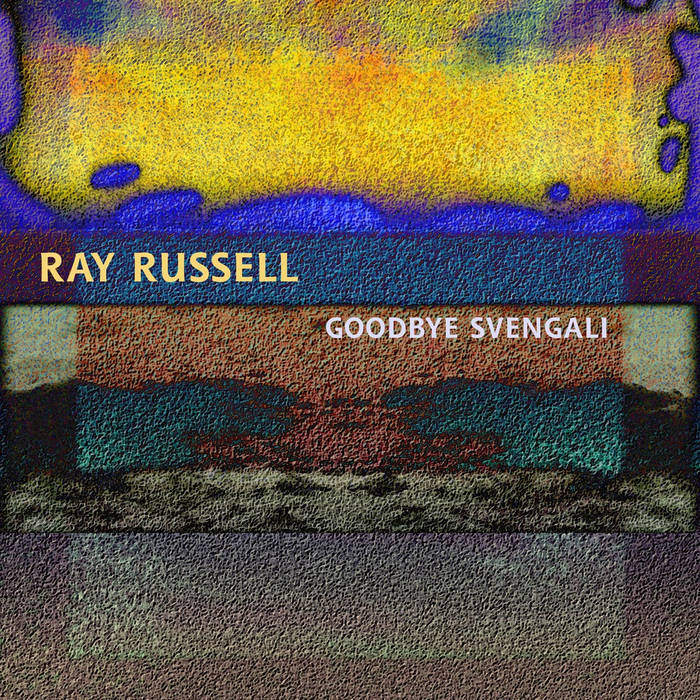 "Like contemporaries Sonny Sharrock and Terje Rypdal, Russell makes it sound as if the guitar is not enough, as if he's reaching for something wilder, something that can't be contained within the 6 string cage" - Jim O'Rourke.

Guitarist Ray Russell has been a professional musician since he was 15 and he joined the John Barry Seven (famous for their James Bond soundtracks). Not hugely known to the general public, for nearly six decades he has worked with artists as diverse as Nucleus, Gil Evans, Van Morrison, Cat Stevens, Bill Fay, Jack Bruce, Michael Gibbs, Tina Turner, Bryan Ferry and many, many others.
His wide-ranging solo career got into gear during the late 60s and can be viewed as a simultaneous and wilder variant of the same path towards electric jazz that Miles Davis and others took during this time, releasing a number of very collectable and ahead of their time albums, and becoming one of the earliest truly 'out' guitarists of the late 60s in the process.
Goodbye Svengali is influenced by and dedicated to visionary jazz arranger Gil Evans, and includes one of Gil's final recordings. It is an album that mixes dark fusion, lyrical guitar pieces and icy soundscapes. Ray's playing style can be compared to such great players as Sonny and Terje, as Jim noted, but also to John McLaughlin, John Abercrombie and Jeff Beck! Includes performances by noted U.K. fusion/rock players such as Mo Foster, Gary Husband, Tony Hymas, Simon Phillips and others.

"Ray Russell’s back with his first solo record in 14 years and, man, it’s good. What began as an idea for a series of duets expanded into a much grander project. From a lovely Goodbye Pork Pie Hat with just Russell and Gil Evans (recorded back in the eighties) to the out-and-out rock of Blaize, this is a staggeringly wide-ranging album. There’s some of the free jazz/rock Russell pioneered in the sixties and seventies on Everywhere and in the wild guitar/drums section on the title track. But there’s also a softer, tender side present on Without a Trace and Wailing Wall and a filmic quality to So Far Away. Yet it never sounds cluttered or fragmented. Instead it moves always easily and convincingly through styles and modes. It’s Russell’s sound that dominates but that takes nothing from the bravura playing of Gary Husband and, Russell’s daughter, Amy Baldwin (fabulous on double bass) or from Miles Evans’ touchingly emotional trumpet on Goodbye Svengali. Fusion or jazz/rock rarely sounds this good."
-Jazzwise/Duncan Heining