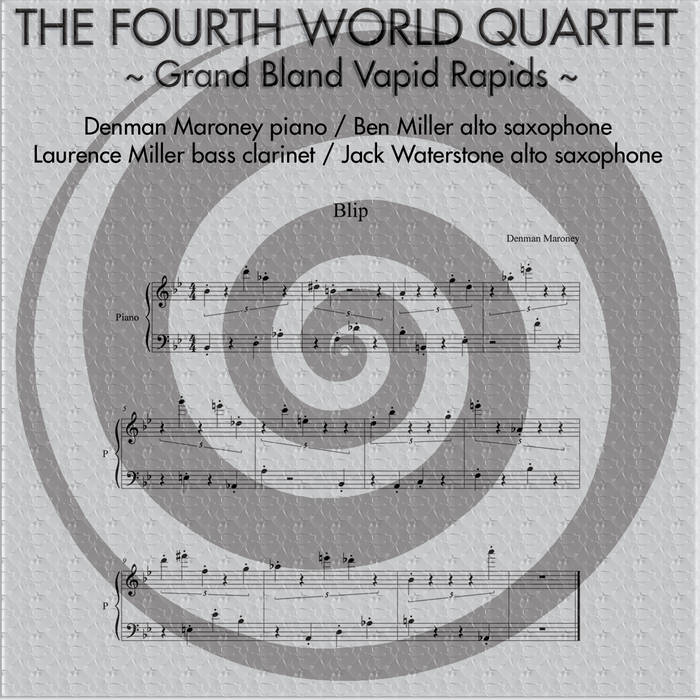 The Fourth World Quartet formed in February 1975 at Thomas Jefferson College. Roger Miller, the original pianist, left the group in April. By the end of that month, Denman Maroney, who taught composition for the remaining member's – Benjamin and Laurence Miller and Jack Waterstone – suggested joining the band as their new pianist. The members were thrilled.

Thanks to CalArts teacher John Bergamo, Denman got a job teaching at Thomas Jefferson College. There, Denman and choreographer Beverly Brown taught a course called Sound & Movement where this new Fourth World Quartet was collaborating for the class. Both band and dance students worked together, forging ahead with free improvisation on a regular basis. The Fourth World Quartet performed at a TJC Music Performance and a house party in Ann Arbor in April, and again at Grand Valley State College Graduation Picnic in June 1975.

At the end of the school year, Denman was offered the same teaching position at Thomas Jefferson College with less pay and thus he left for NYC. Laurence, Benjamin and Jack continued composing and trying material out with other ensembles that never quite took shape until early 1976 when their efforts dissolved.

Previous aspects of the earlier version of the band (see Cuneiform's “1975”), which included psychedelic guitar, changed when the newly reformed quartet focused further on 20th Century techniques along with Denman's exploration in using advanced polyrhythms.

Recorded June 4, 1975 in “The Den” at Thomas Jefferson College, Allendale, Michigan
except 1, 2, 3, 5, 6, & 10 recorded June 5, 1975 at the Grand Valley State College Graduation Picnic.
Recording engineer Rick Scott on a Braun tape recorder.
A big thanks for Dan Gunning in assisting with digitization of master tapes.
Mastered by Ian Beabout, ShedSounds Studio.