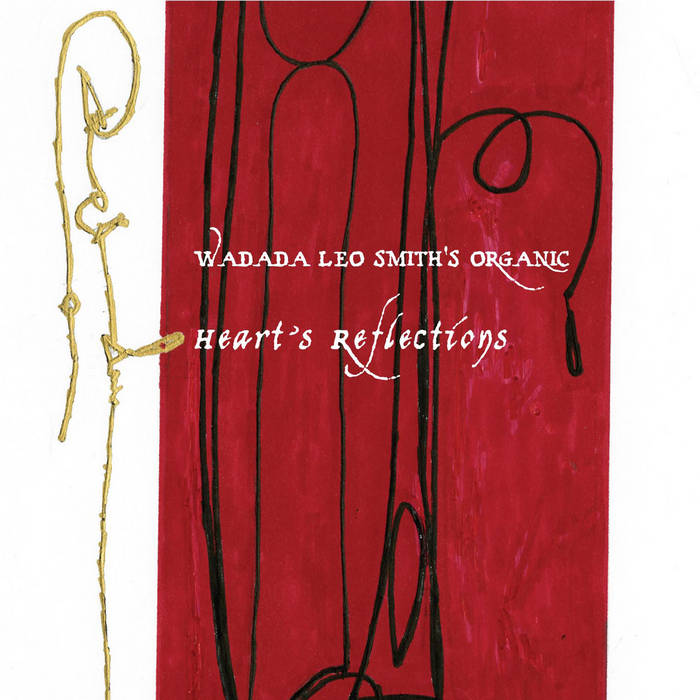 gaiusfolk of course VERY indebted to miles' electric period, but stands on its own as a brilliant piece of work. the playing is excellent, the grooves immaculate. Favorite track: Certainty.

"Organic’s music is powerfully electric and electronic in nature; fiery and interactive in character; contemporary, spiritual and politically conscious, its creative energy is heartfelt and connected with the human feeling."
– Wadada Leo Smith


Although he made his reputation over decades and decades of work in the free jazz and improvised music realm and as a early member of Chicago's hugely influencial AACM (the Association for the Advancement of Creative Music), trumpeter Wadada Leo Smith has long been interested in larger ensembles and electric music as well. Heart’s Reflections is a bold double-disc set that features Wadada Leo Smith's Organic, a predominately electric, fourteen-piece group, a band most notable for a lineup marked by four guitarists. In addition to Smith, who plays both acoustic and electric trumpet, the extraordinary lineup on Heart’s Reflection includes: Brandon Ross, Michael Gregory, Lamar Smith, and Josh Gerowitz on guitar; Skuli Sverrisson and John Lindberg on bass; Angelica Sanchez on acoustic and electric piano; Stephanie Smith on violin; Casey Anderson on alto saxophone; Casey Butler on tenor saxophone; Mark Trayle and Charlie Burgin on laptops; and Pheeroan AkLaff on drums.

For a record by such a large group, at times the sound is surprisingly sparse and delicate - both qualities that have long marked Smith's work, while at other times, it sizzles and stomps! Though longtime listeners who haven't followed Wadada's work in the last decade might be surprised at times by the fierceness of Organic’s rhythm section, Heart’s Reflections is nonetheless marked by the trumpeter’s usual touchstones: long sustained notes, occasional clipped phrases, and a tough-to-define playfulness that infuses all of his work.

Coming across like the next evolutionary step after Miles Davis’ electric era, Heart’s Reflections is a vibrant set that harkens back to the blues influence of Smith’s Mississippi childhood, and looks forward to still-developing realms of noise and electronics. The album fuses a galaxy of influences into a natural and accessible form, offering an ideal entry point into Smith’s vast oeuvre. Heart’s Reflections should appeal to fans of groove-oriented jazz, as well as rock and electronics audiences with a taste for adventure.

All compositions by Wadada Leo Smith.

5. The Shaykh, as far as Humaythira
solo: (1) Wadada Leo Smith/collective