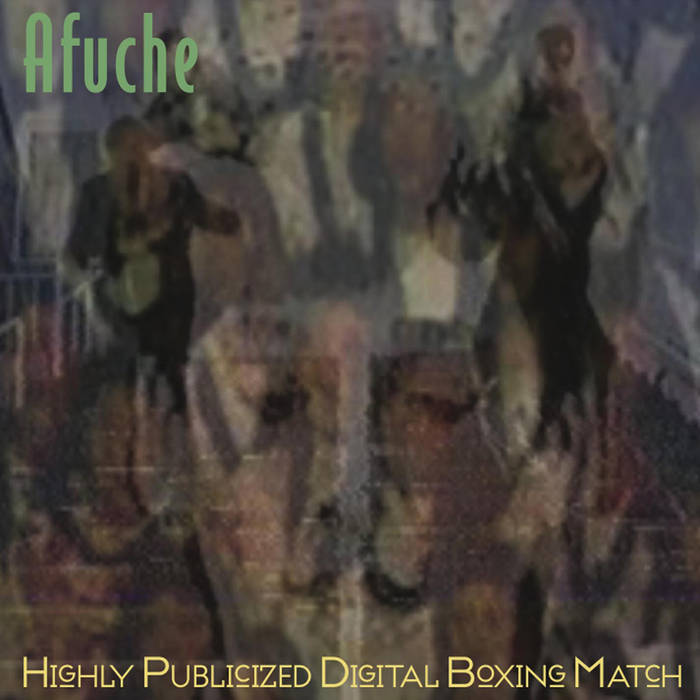 "This album was by miles the most innovative of the year. In every song Afuche manages to pack in so much information that the mind boggles. Sometimes this leads to a schizoid listening experience but if you're comfortable going a little crazy at times it shouldn’t be too upsetting
....The brilliance of Afuche rests in how they use disorder. Within the tightly rehearsed and constantly changing mammoth that is their music you can hear them walking that line between playing a song and getting taken over by it. However, every time you think they’re finally going to fall over they manage to wrangle the song back in using many different devices – time-signature change, key change, new melody – anything to reign in the huge musical force they ride on.
...The album is not about songs. It’s about an album. Please, take the time and listen to it as a whole and then say what you will. But give it a chance. Because it’s brilliance. Pure brilliance."
–WVAU / Jesse Drucker

"Catchy Avant-prog with Zeuhl occasions and strong and warm chamber/jazz ensemble, and it's almost playful like French sax avant-prog, and also some fuzz pop, like indie rock and dance-punk combined into some kind of a brutal prog mix with hints of no wave."
– rateyourmusic

"An evolving local group with a cacophonous yet catchy approach..."
– The New Yorker

“Afuche’s palpable onstage energy is key to the unique corner the band has carved for itself in the ever-saturated Brooklyn music scene.”
– Jezebel Music

"This record is presented by the label as post-rock/avant-progressive/math-rock. Funny. A few years ago, it would have been simply introduced as another future classic discovered by Cuneiform. This album is the most Cuneiform-like release on Cuneiform in quite a while." [editor's note: that's quite a deep statement that I won't touch]
– blog.monsieurdelire.com

Based out of Brooklyn, NY and creating a group sound that is truly their own, Afuche is a band that needs to be heard by lovers of adventurous, modern progressive music! Formed by Ruben Sindo Acosta & Zach Ryalls in 2008, they have been adding to the ensemble and evolving their sound by writing, performing, and touring non-stop – it was at one of their many shows where we found them and watched their continued development with keen interest.

Afuche is a 5 piece band featuring Ruben on keyboard, vocals and percussion, Zach on guitar, Denny Tek on bass, Andrew Carrico on baritone sax and Max Jaffe on drums. Taking their cues from Can, The Dirty Projectors, Frank Zappa, King Crimson, James Brown, Tortoise, as well as African and Afro-Cuban music, they take these musical influences as a base and apply their own group sound to it and bend it all into a hybrid, original and very progressive contemporary rock music that is interestingly complex without losing its inviting quality; most of all Afuche is a lot of fun.

Highly Publicized Digital Boxing Match is a showcase of a group whose sound is more than the sum of its parts. Recorded mainly live in the studio with minimal textural overdubs in one day, it is Afuche presenting their work with just as you would experience it at one of their lively and exciting shows. The fearless intensity and the strong group dynamic in the playing - extremely notable in such a young band - pours through the speakers; their sound is catchy and mesmerizing and will have you moving in ways you never thought possible.