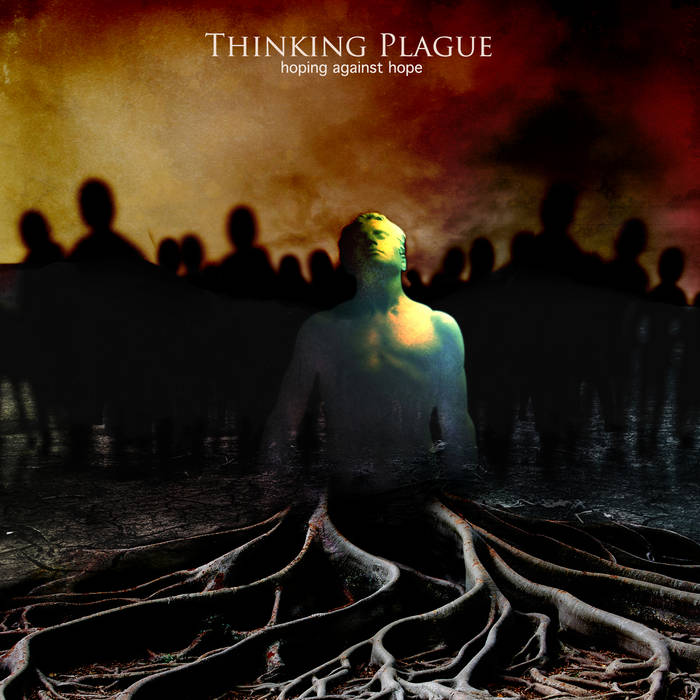 eduardolosso The best band of the last 30 years for me. After the best progressive rock bands, I have never been more pleased to hear something really surprising. But Thinking Plague is the only band that manages to move forward with progressive daring.

ROWIAL If you know Thinking Plague, H.A.H. isn't a great surprise; but none the less A 100%-MUST-HAVE - like its predecessors. If you don't know this long living project of guitar-hero Mike Johnson H.A.H. is a fine springboard to dive into T. P. & its relates (5UUs, Science Group, Hamster Theatre). Need orientation? An ±unlimited & uniquely developed fusion of HENRY COW's/ART BEARS' RiO & those still(!) irresistible prog-dynamics of YESSONGS. (Irresistible bandname also!)

Steven Smith this album has a lot of unexpected notes. it's refreshingly weird.

rulq88 Waiting for the full release of the album. Saludos desde México

Clouds scud across a storm-wracked sky, but while briefly exposing rare shards of blue, most often, blacker, gloomier grays lurk behind the mists.

Sometimes a work of art enables us to articulate our thoughts and feelings in times of upheaval and chaos. In an era when the world has seemingly come off its hinges, an album like Hoping Against Hope offers listeners the consolation that they are not alone. But more than that, this intellectually complex work offers tools to help us make sense, affectively at least, of the whole sorry mess.

Thinking Plague is a storied band, whose thirty-five year history has seen it cleave consistently to the extreme limits of what is possible to do within rock music. Much of the music it released has owed more to traditions external to rock, such as folk, chamber music, and particularly, the avant-garde tradition of twentieth-century classical music.

Thinking Plague are often cited as the leading light of the American arm of the ‘Rock In Opposition’ movement, genre-defying and, above all, unique.

The arrangements we hear on Hoping Against Hope are those we will hear live. Even when singer Elaine di Falco’s accordion is written and recorded in multiple voices, the parts are realizable by a single instrument.

Leader and composer Mike Johnson and newest member Bill Pohl’s tightly scored twin guitars are panned out wide enough for the listener to balance the pursuit of an individual voice against the ensemble texture, which is the creative focus, a carefully crafted polyphony served by each instrumental voice. Pohl’s addition brings a second electric guitar to the texture for the first time, enabling more sinuous scoring, rather than making the sound more ‘rock’.

There is a familiar vocabulary in play, a harmonic palette and a phraseology that has evolved considerably over the band’s lifespan without extreme points of rupture, despite major changes and sometimes long gaps between releases; this is clearly the same band that we heard in the 1980s, but Johnson is writing from a creative position that is fruitfully removed from that he occupied even four years ago. As demanding as this music may be, it is made to sound easy, and more importantly, beautiful.

All music composed by Mike Johnson.
Lyrics for 1 and 3 by Elaine di Falco. Lyrics for 3, 4 and 5 by Mike Johnson.
Recorded at Mighty Fine Productions, Denver, Colorado, except for electric guitars and bass, which were recorded at home by the band.
Engineered at MFP by Colin Bricker and Ben Van Horn.
Produced by Mike Johnson.
Mixed and mastered by Bob Drake at Studio Maison Isolé, France.
Artwork and layout by Raoul Rossiter.