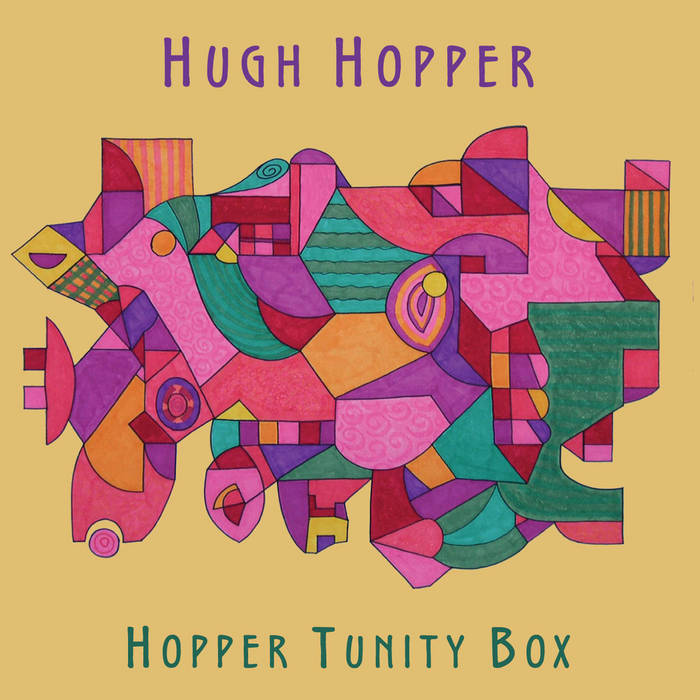 Carl Howard It's essentially impossible to select a favorite track from this almost -but not quite- Soft Machine album. By now it has acquired legendary status among Canterbury fans, and rightly so. The compositions; the performances; the energy - all are at a level which was only inconsistently matched throughout the remainder of the 1970s by the performers of this august orbit. Exceptions would include Matching Mole, Quiet Sun, some of Camel's, and some of Hopper's and Dean's other projects.

Freshly remastered from the master tapes and issued on CD from the master tapes for the first time, this was the second solo album by Soft Machine bassist and composer Hugh Hopper.
This was Hugh's first solo album after leaving Soft Machine. In my fan-boy opinion, it is one of the best records Hugh's ever made and is a fine and distinctively unusual progressive/fusion album that has all the compositional and performance twists and oddities that make it distinctly Hugh's.
Originally released in 1977 on the Compendium label, it highlights Hugh's quirky compositional sense and trademarked fuzzbass/looping/lead bass stylings with stunningly great contributions from
Richard Brunton-guitar,
Mark Charig-cornet
Elton Dean-alto sax and saxello
Nigel Morris-drums
Frank Roberts-electric piano
Dave Stewart-organ, pianet, oscillators
Mike Travis-drums
Gary Windo-bass clarinet and saxes
There were no outtakes or additions to add to this reissue, but Hugh did contribute new notes that tell the story of the making of this album and he gave us reproductions of some of the musical scores for the booklet.
An absolutely essential album that I've been pestering Hugh to allow us to release for well over a decade! This is a lost jazz/rock classic that demands to be rediscovered 30 years later! The original lp had a skip in the middle of one of Elton's wonderful solos and the only previous CD version was recorded off of a vinyl record and had the same skip! This is the first time this album has been released on CD with the care that it deserves. Don't miss it!

"An old Soft Machinist never lets you down. Somehow he's brought with him much of the flavour of his old band.... [Hopper Tunity Box] belongs up there with Third and Fourth...." – Melody Maker

"Ex-Soft Machine bassist Hugh Hopper augments his rather infamous fuzz-bass attack by performing on guitar, recorders, soprano sax, and percussion on this reissue of the original LP. Recorded in 1976, this outing features the bassist's fellow Soft Machine bandmate, saxophonist Elton Dean, along with others of note.
...This production stands as one of Hopper's finest solo efforts -- largely due to the inspiring ensemble work and the bassist's strong material. Recommended." – AllMusic