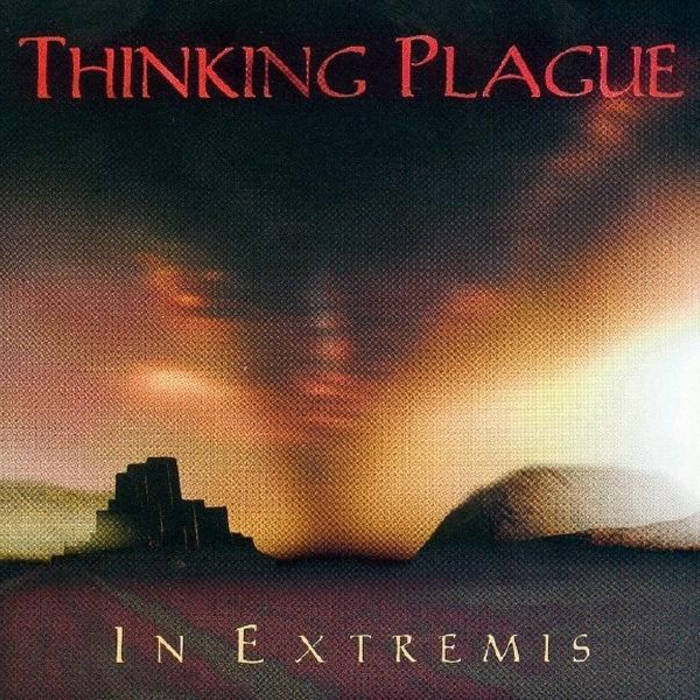 Founded in 1982 by Mike Johnson and the legendary Bob Drake, they have been a continuous presence in the underground since then, although many years have elapsed between recordings, and only Johnson remains from the original line-up.

When a band has gone 9 years between releases, I suppose it's fair to call this new release "greatly anticipated"! In Extremis includes leader/composer Mike Johnson, Bob Drake, Dave Kerman as well as a host of new names, all of whom turn in tremendous performances on vocals, guitars, multiple reeds, accordion, keyboards, bass, drums and more. Tuneful, well composed & strongly structured, this is very much in the vanguard of the RIO art-rock song style, along with peers such as U Totem, the 5uu's & the Art Bears.

“Rating: Aces/ hands down classic / Head-spinningly complex prog-rock of the highest order.
Among the vanguard of groups riding the crest of a largely unheralded contemporary avant-progressive tsunami, Denver’s Thinking Plague stand out in bas-relief....the manner in which Thinking Plague…have condensed only the most fertile (and often the most pulverizing) aspect of he last 30 years of progressive exploration into an nth-degree endgame is nothing short of awe-inspiring. On In Extremis… these unsung geniuses have channeled the crushing fury of King Crimson, the existential angst of the Art Bears, the dense contrapuntal irregularity of Henry Cow and the pitch-black angularity of Present into a disquieting concoction whose ceaseless paroxysms of unabated intensity are tempered only by “Les Etudes D’Organism"’s disturbed
diversion into perversely cheerful and structurally perverse circus music.… a relentless tide of head-spinning complexity…wildly shifting plates of sound. …for those who enjoy rising to the challenge…the feverish surfeit of spellbind ideas investigated here are almost without precedent.” - Eric Lumbleau, Alternative Press, v13, #126, Jan 1999