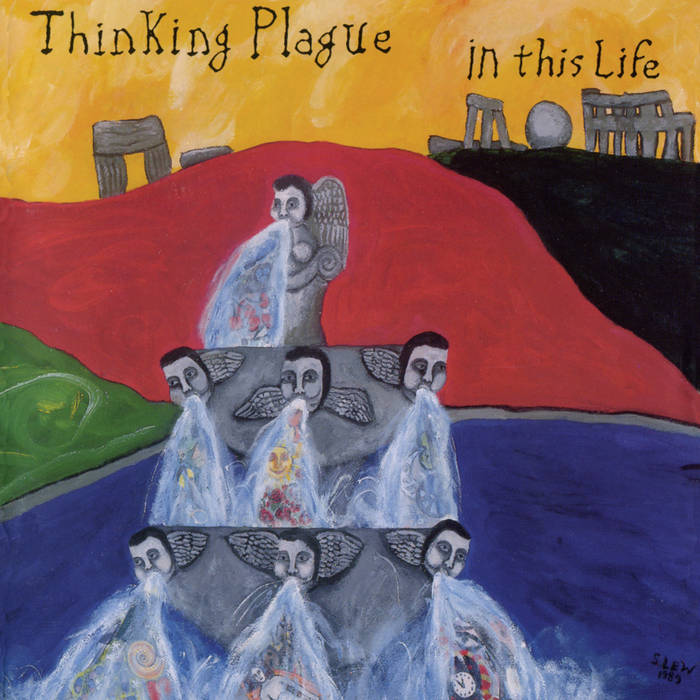 fronobulax If you want to challenge yourself to a Kafka-esque listening session in the dark, there's no one quite like the Plague! Sitting in the dark in Canada!

"Perhaps the finest attempt so far by an American band to add to the pantheon of classic Rock In Opposition records...Mike Johnson's compositions are astonishing and - the clincher - beautiful, and Susanne Lewis' vocals are ...eerily enigmatic..."
– New Sonic Architecture

"Every now and then a landmark group emerges. Thinking Plague in my opinion belongs in that category."
– Chris Cutler

Thinking Plague has been releasing impossible to categorize albums to a devoted fan-base for over 30 years.

In This Life, originally released in 1989, was the group's 3rd album and their first CD release after two previous albums that flew under the radar of most listeners.

Originally released by the ReR label, this was the first album to really bring this superb US band to a wider audience. It was their last to feature singer Susanne Lewis, who lends a convincing air to the menace of some of the lyrics. It is also their last album to feature Bob Drake as a full member of the band.

Just over twenty five years have passed since I first heard this album upon its release, but what I originally wrote about it still rings quite true, even if I didn't anticipate that the band would still be a vital force two and a half decades later: 'Combine the sound of the 5uu's with the Art Bears, add a (non Dagmar like) female singer & woodwinds, & you come up with this unique U.S. slant on the European art rock song sound. What a great album; one of 1989's best releases!'

It comes back into print now for the first time in years. The two 'bonus tracks', which were taken from their first two albums and can be found in superior form on Early Plague Years have been removed and this presents the album as the band originally planned it. The CD is now shorter, but much more focused this way and a more coherent, single work. It has been newly remastered by Mark Fuller from the original stereo mixdown master, as overseen by the band.

with:
Fred Frith on "Organism"
-