by The Stick Men 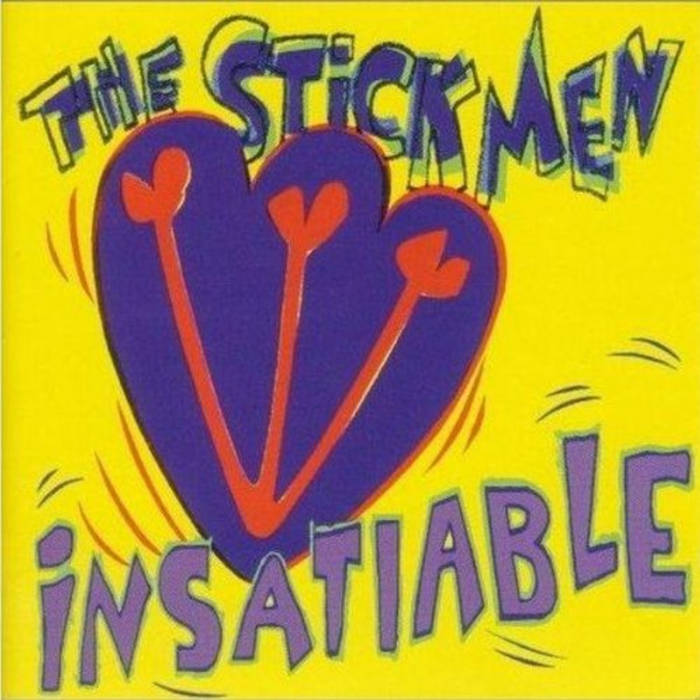 thescaramangasixapproves Insane schizophrenic funk at break-neck speed. I wish they were here right now. What a sound. Favorite track: Jampire.

craig andrews nicely frenetic, will appeal to fans of James Chance and the Contortions

PDD Since Bandcamp doesn't allow us to pick all 22 songs as our favorite track, I decided to just choose the longest one.

I knew I was going to purchase this album within 30 seconds after hearing Master Brew. Considering how infectious the band is on record, I can only imagine how high-powersd they were live. Favorite track: Funky Hayride.

"The Stick Men kicked out the jams like James Brown on PCP. "Insatiable" collects the band's entire recorded output. Of the 22 songs, most are firecrackers less than 2 minutes apiece...the rhythm is solid and tight but thoroughly convulsive with many well timed riffs and breaks. The live tracks and video make it even more evident the amount of energy being exorcised ...This is music for when you really, really need to be very, very awake." – Brainwashed

"Some of the most nervous, unstable punk imaginable; the rush of the band playing through every single short song as fast as possible (presumably so they can quickly snort another line) is nearly palpable." – Nightwrath

"...lots of times, when you were around something you thought was somehow quite special and you try to explain it, the last sentence is "I guess you had to be there". With the Stickmen record, however...you didn't even have to be there; you really truly get to hear what made this Philadelphia's most intense band -- something somewhere between Blood Ulmer, the Minutemen, the Contortions, and too much coffee. They were the best local band of the early eighties, and, for my money (what little I had then), theirs was the best indie record to come out of Philadelphia. No Philly made-in-Philly product since has come close for intensity, originality, and plain old greatness." – Skip Heller

In the early '80s, The Stick Men ruled the Philadelphia new/no wave scene. Reminiscent of James Chance and the Contortions with more hyperkinetic energy (!!), they created a frenzied psycho-funk-punk sound that featured gut-wrenching timing, extraordinary charm, personality with a plus, and tons of good humor. At the core of The Stick Men experience were Peter L. Baker (guitar, lead vocals) and B.A.L. Stack (Acetone & Farfisa organs, clavinet, trumpet, vocals). On top of Baker and Stack's hard driving jam, Jim Meneses (drums) and Billy Bradfield (bass) provided an erupting, solid groove rhythm section. Charles Mattern, Jr.'s vocals, sax and trumpet playing accentuated the hypercondensed brew. In 1982, the Stick Men released their debut LP "This Is The Master Brew". Their second release, "Get on Board The Stick Men", came out the following year after intensive U.S. touring. With stage manners as manic as their sound, the Stick Men magnetized and maintained a loyal fan base for their live shows. The press also loved them. In the mid 80's the group disbanded. It would be an understatement to say that The Stick Men experience had been intense. In 1994, Peter Baker died. He had been The Stick Men's frontman, the focal point around which performances revolved, and band members began to discuss ways to commemorate his contribution. This album, Insatiable -- which contains the The Stick Men's entire recorded output as well as rare tracks from live radio broadcasts -- is the result.