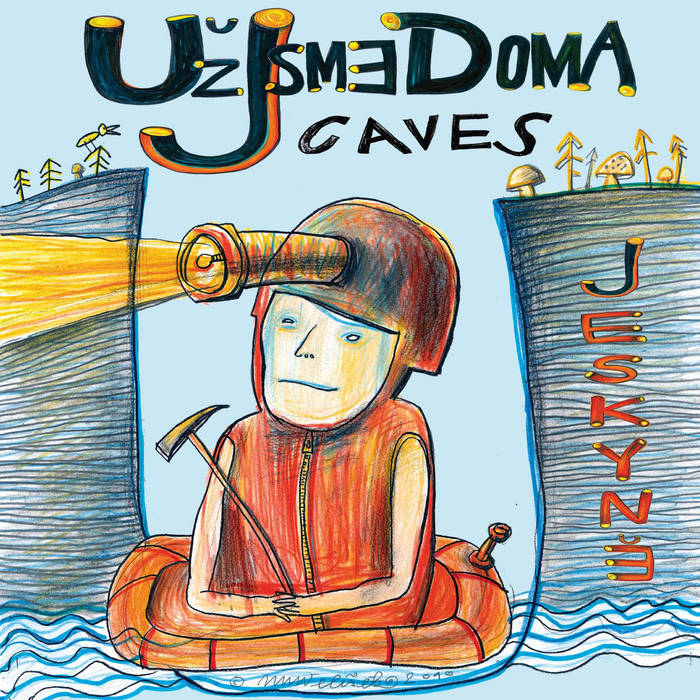 "Half a dozen LPs in, this 22-year Czech band is free of its remarkable founding narrative as a band banned by the former Communist Czechoslovakian regime just for existing...What remains is the fierce commitment to the freedom inherent in Western art-damaged music. Uz embody the absolute unpredictability in Frank Zappa's Mothers of Invention primarily, but also the multi-influence, anti-pop clatter of the Residents, Captain Beefheart, Pere Ubu, 1977 punk, and...prog. You won't know what they're singing about in Czech, but the limitless hyper-energy and collision of styles piling on each other with remarkable precision, always turns ears....It's glorious..."
– Jack Rabid

"A fascinating variety of influences are at work in UJD's music, but prior to any explication and dissection, it's important to note that this group effing rawks!!! The CD has punch, drama, virtuosity, hooks–all the things that make for a dynamic listening experience. Anyone with a taste for R.I.O. groups and other high-power ethnic rock groups...will find the music herein to be very, very appealing. Punk music is part of UJD's heritage as well...and the writing also makes prominent use of ethnic folk motifs. It's all perfectly integrated–and highly recommended."
–Signal to Noise

Uz Jsme Doma (pronounced "Oozh (rhymes with 'rouge') Smeh Dough-Ma) (in English, “Now I Get It”) seemed to appear out of nowhere in the early 1990s, but it was a little more complicated than that. When the group came together in the small border town of Teplice in Czechoslovakia in 1985, rock was freedom and freedom was illegal. Via Western radio and smuggled tapes, however, the band came into contact with punk rock as well as more avant-garde bands. It wasn't until the fall of the Communist government that they were able to record and tour, which they then proceeded to do with a vengence; the group have toured the US a remarkable 17 times and have played nearly 2,000 gigs during their lifetime! The group has won a strong following with their great releases and their constant, high energy tours. 25 years after their founding, their music combines the energy of punk rock - their original inspiration - while ignoring genre walls and adding more complex structures taken from avant-garde and avant-progressive bands and even from folk music of their native land. They are living, fire-breathing, alternative rock legends: one of “the two great Bastions of the Czech alternative scene” said the Prague Post, who ranked them in importance beside the Plastic People of the Universe. They are a singular, powerful group whose shows win them instant fans for life and whose musical voice is the voice of joy and freedom. Currently the group is made up of leader Miroslav Wanek on lead vocals, guitars and piano, Pepa Cervinka on bass and vocals, Adam Tomasek on trumpet and vocals, Tomas Paleta on drums and Martin Velisek who designs all the band art work, and is a full band member whose “instruments“ are brushes and paints. The album comes with a 12 page, full color booklet with Martin's artwork. UJD are a group I have long had my eyes on; I saw them for the first time in the mid 1990s and several times since then and I am very pleased that we are able to work together on this, their seventh studio album.