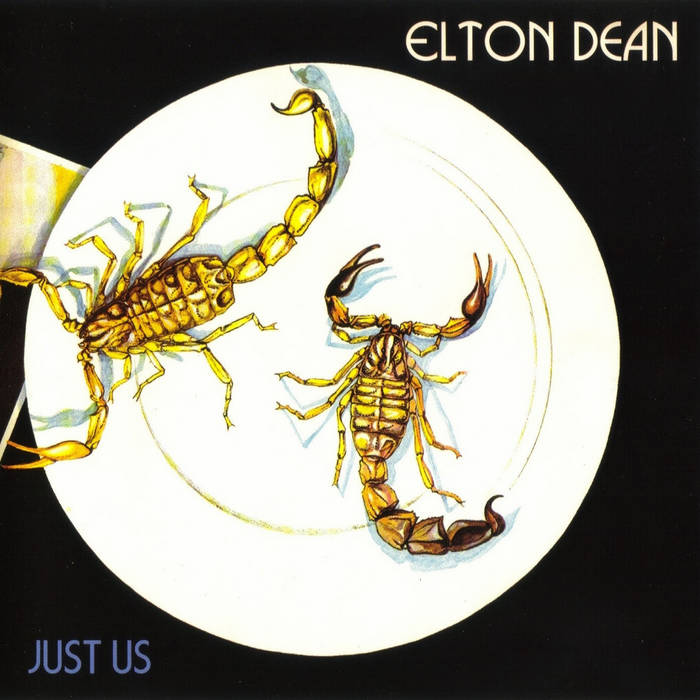 Bernard24 The work Elton did in Soft Machine is canonical for the history of prog Rock and jazz fussion, His name will be written in the pillars of jazz forever over yonder. Favorite track: Banking On Bishopsgate.

Just Us is the LONG awaited reissue of Elton's very first solo album, recorded & released in 1971, while he was still a member of Soft Machine.

In addition to the original 5 tracks on the album [which feature Marc Charig-cornet, Neville Whitehead-bass & Phil Howard-drums + guests Mike Ratledge-piano/organ & Roy Babbington-string bass on 2 tracks], we have added 30' of never heard bonus material, recorded live in 1972. The music on this release is a cross between the musical freedom that Elton's career would later take & more composed music comparable to Soft Machine's output.

"A welcome reissue of music first recorded in 1971 and 1972, shortly before Dean left the popular British jazz-rock group the Soft Machine, which he had officially joined only a short time earlier, in late 1969. On this recording, Dean plays alto sax, saxello and electric piano and is aided by a group of musicians which includes two additional Soft Machine members, Mike Ratledge on organ and electric piano and Roy Babbington on string bass. One of Dean's compositions on Just Us, "Neo-Caliban Grides," was actually recorded by the Softs, however, in spite of the obvious parallels, Dean's group is by no means a Soft Machine knock off. The absence of drummer/vocalist Robert Wyatt and bassist Hugh Hopper reduces both the rock element and the experimental electronics, while the presence of the additional musicians -- especially Marc Charig on cornet -- gives Dean's group a fuller sound and one that is much more in the jazz tradition. Charig's contributions on horn and those of an electric guitarist on several tracks, invite some obvious comparisons with the Miles Davis electric band of the Bitches Brew era. And with the extraordinary recording by the Davis group having been released only two years earlier in 1969, its influence on hip young British jazz players would have been substantial. Dean's prominent use of the electric keyboards also provides an obvious parallel with the contemporaneous Davis group." – William Tilland / AllMusic

Tracks 6-7
Recorded June 27, 1972 at the Gondel Filmunstheatre, Bremen, Germany.
A production of radio Bremen and released by Cuneiform Records by exclusive arrangement with Radio Bremen.