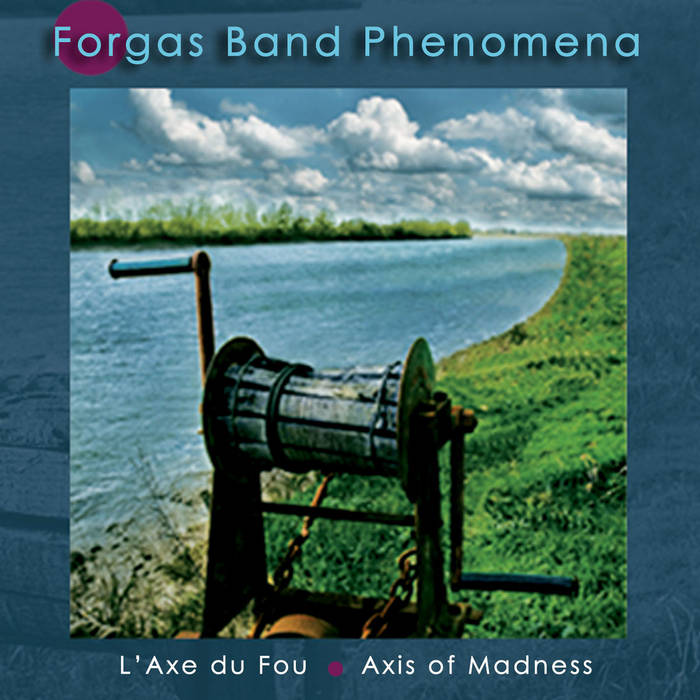 Drummer and composer Patrick Forgas has been releasing jazz-rock gems that showcase his compositional and and arranging skills for over 30 years. Axis of Madness (L'Axe du Fou) is the fourth album by his current band; a 7-piece instrumental ensemble of skillful young musicians, performing on saxes/flute, trumpet/flugelhorn, violin, guitar, keyboards, bass and drums. The group perform music that combines the most attractive aspects of jazz and rock composition with inspired solos. The quality of the music and performances is obvious from the first note and we're pleased that it isn't only us who noticed; press has been unbelievably enthusiastic towards this group's music!

"...blurs idiomatic considerations so extensively they render stylistic definitions irrelevant. No one can accuse bandleader and principal composer Patrick Forgas of being tame or conservative in his writing and arrangements.... He's been leading various editions of the Forgas Band since the mid-'90s, and this version has a...frontline ably suited for works whose opening melodies quickly give way to furious exchanges, spirited solos and passages bouncing back and forth between avant-garde jazz and shorter, rock-tinged statements."
– JazzTimes

"Its combination of singable themes and rock rhythms will appeal to Canterbury devotees specifically - and, indeed, all fans of improvisation within a richly composed context"."
– All About Jazz