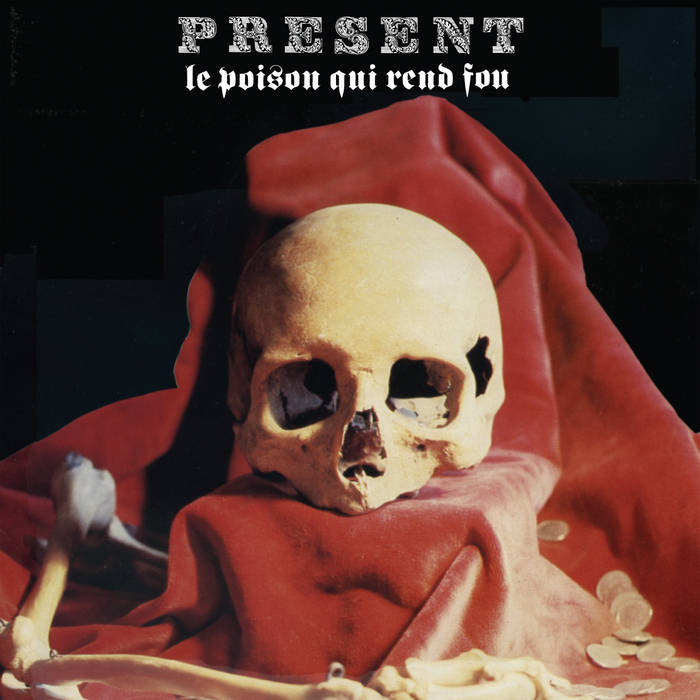 "Magma and King Crimson comparisons are relevant, but the dark and edgy Present are an entity unto themselves."
– Atlanta Press

"Dark, Bartok-like arrangements driven by Gothic rock percussion and the tortured guitar of Roger Trigaux. This is classical rock with an industrial vengence..."
– DownBeat

Present was founded in 1979 by guitarist/composer Roger Trigaux, who first came to attention as the co-leader of Univers Zero, which he co-founded in 1974.

After two now legendary albums with Univers Zero (Univers Zero - 1977 and Heresie - 1979), he left to have the chance to create his own, personal, musical vision.

A quartet of guitar, piano, bass and drums, Present featured the stupendous drumming of Daniel Denis, the other co-founder of Univers Zero, so Present's sound is a more rock-oriented encapsulation of the unique music Roger had been composing, performing and honing for years.

Originally recorded in 1983, Le Poison Qui Rend Fou (The Poison That Makes You Insane), the band's second and final album until their rebirth in the mid 90s, is a classic of complex, Rock In Opposition-style electric chamber rock.

This reissue of Le Poison Qui Rend Fou includes the original album, newly transferred and remastered by the group's long-time engineer, Udi Koomran, and a booklet telling the story of the band and this album, with many never-before seen photos. Additionally, there is 25' of QuickTime movies of the group's final concert featuring bassist Christian Genet, from Livry-Gargan, France, 1/23/82, as well as a second "disc" that features the entire 80' concert from 1/23/82!

The album and bonus tracks were transferred from the original stereo analog tapes and digitally restored and remastered by Udi Koomran.

This album is dedicated to Martine De Bruyn.
Special thanks for Leonard-Philippe Larock.