Le Sens De La Fin / The Sense Of An Ending 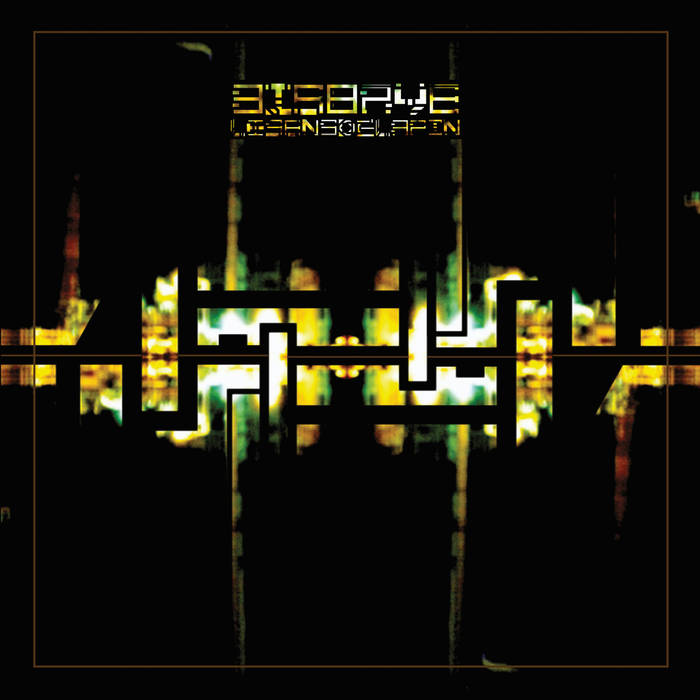 👽🍹 Imagine the riffage and tone of Red, the timing of The Dillenger Escape Plan or Meshuggah, and the tempo of Tool. Riddled with stumpered syncopations and confounding counterpoint. Favorite track: Caustique / Caustic.

"This Quebec tech metal crew has been spewing out relentlessly complex and ferocious sounds since the early 2000s. With each release, the quintet keeps getting more focused on finding the point where its double guitar, double drum and bass attack can be deliver the most impact...blasts into your ears like Helmet channelling Albert Ayler." – The Vancouver Sun

Bisbâyé — pronounced ‘bees-bow-yay’ — translates as “what happens when there is nothing else one can do, when uncertainty and obstacles require excelling oneself” and was founded in 2001 by guitarist and main composer Jean-Pierre Larouche.

The band’s leader cites Don Caballero and Meshuggah as influences. King Crimson’s influence is also undeniable, so is the sophistication of the math-rock genre’s best acts, while you can find some of Larouche’s favorite composers (Steve Reich, Gyorgy Ligeti) in there as well.

Larouche explains his artistic process: "By superposing melodic layers and different forms of rhythms (polyrhythms, isorhythms, phase shifting and contrapuntal ones), I create sonic textures of emerging properties. Their sometimes disorienting and complex effects are contrasted with instrumentation and simple composition structures borrowed from popular music. Mostly, I tend to toy with the listener’s perception, inviting them to let go of their preconceptions to dive completely into the sound itself to explore new frontiers of possibilities."

Undeniably, this is their most accomplished effort so far, summing up everything that makes what Bisbâyé is. This time around, the band put a lot of emphasis on their sound’s polyrhythmic aspect, while tightening up the compositions’ structures. Underneath densely layered, yet dissonant arrangements, there are some subtle, looped up grooves that will grow on you after a few listens. The Sense of an Ending is guaranteed to teleport any open-minded avant-garde music enthusiast into Bisbâyé’s voiceless multiverse. A place where heavy music’s most hypnotic riffs perfectly cohabit with asymmetric, condensed prog, luminous melodies and the most hostile soundscapes.

“Polyrhythmic anger and dissonant mathematics. That’s how I would describe Bisbâyé’s album. Rarely have I listened to music where polyrhythms truly feel polyrhythmic. [Here] there’s no doubt you’ll feel each separate rhythmic pattern on its own, thanks to the ingenious arrangement of the drums and guitars, and it creates an unnatural, counter-intuitive, and mesmerizing feel. This particular playing paints a form that is truly Bisbâyé’s own...” – Can This Even Be Called Music

Note: If you like what you hear here, and want to check out more, there are other releases on the band's own BandCamp page!
bisbaye.bandcamp.com

RECORDED BETWEEN DECEMBRE 2019 AND JANUARY 2020 AT STUDIO MAKINA AND STUDIO KAPPA IN MONTREAL.

If you like Le Sens De La Fin / The Sense Of An Ending, you may also like: