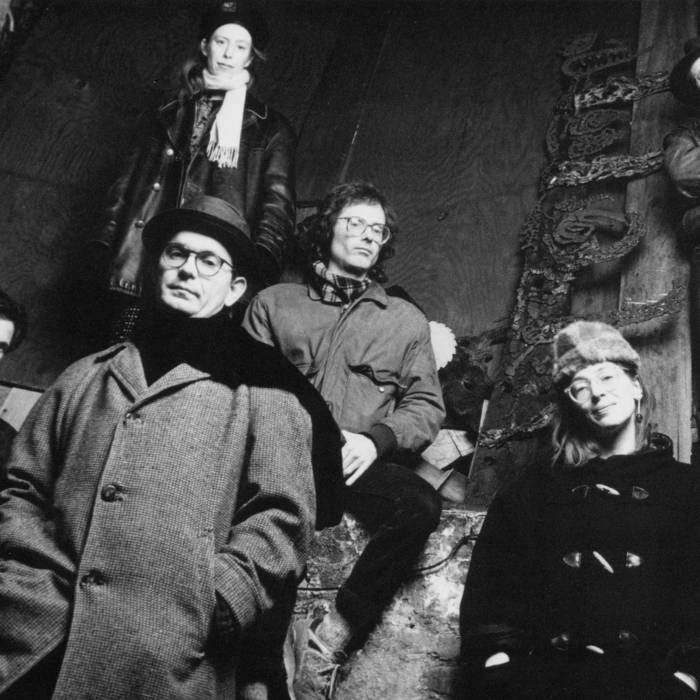 This is the soundtrack to the DVD "The Hardwoood" by Curlew, which is available in a double package with Curlew's "A Beautiful Western Saddle". If you want to own this DVD, it's available here:

For about five years in the mid 80s/early 90s, not enough people seemed to realize that the best live band in the USA was Curlew.
Curlew were one of the groups that defined 'the downtown sound'/'the Knitting Factory sound', along with Naked City, Ronald Shannon Jackson and the Decoding Society, James Blood Ulmer, Last Exit, etc.

They packed the clubs (CBGBs, Mudd Club, The Knitting Factory), toured hard throughout the world, and thrilled audiences and critics alike with their unique, infectious blend of punk-jazz/downtown sound, roadhouse blues & a distinctly Southern esthetic, leading The New York Times to call them, "The best of the unsigned, genre-busting downtown groups".

This captures the best known and most traveled lineup of the group at their late peak. It is a valuable document of a amazing, long-gone scene; someday, when there is a retrospective appreciation for the great music that came out of the early punk/jazz cauldron of NYC and the Knitting Factory in the mid-80s, this will be rediscovered, cherished and appreciated.

Featuring an entire 80' show, this was shot by a four camera crew on March 23, 1991 and is about as good looking of a program as was possible to get in the sweaty, unbelievably crowded old Knitting Factory. Also included is an hour of previously unreleased footage, recorded by a local cable show on December 9, 1991 during the 'Saddle' tour. You get two 30' programs; one features Amy and the other is by the quintet.