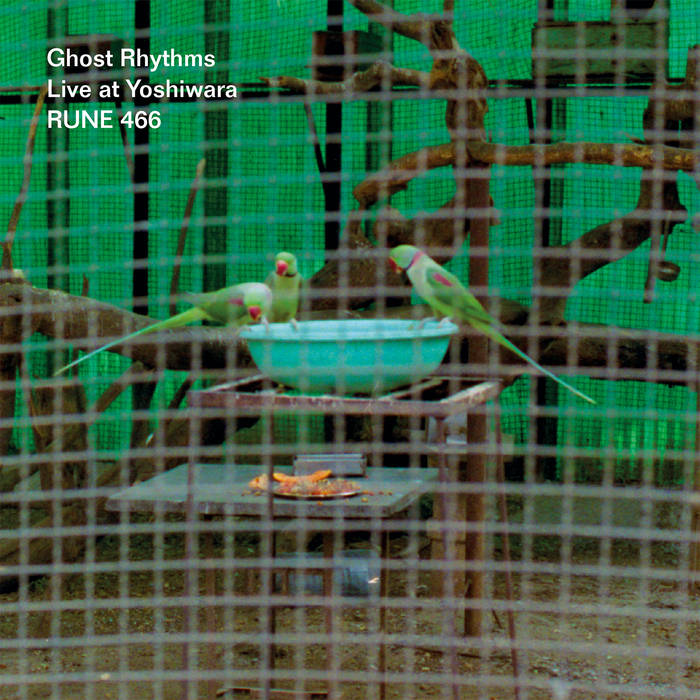 sumbuk A live Ghost! How can you not love such a thing. ;-) I understand there's more Lady With coming as well; Camille's other project.

Mark Jung You may recognize many of these tunes from their other albums, but the performances here are very lively and extremely well played. Best album of the month, so far. Favorite track: La Chose.

Sweety Chicky Jam La Chose and the rest of the Album ⭐️⭐️⭐️⭐️⭐️

"The music here walks a wide loop around Soft Machine and Magma, Univers Zero and Henry Cow, Miles Davis and Miriodor, Van Der Graaf Generator and Art Zoyd. It's impeccably assembled and played, while freely indulging the more insane aspects of progressive rock, avant-garde chamber music, and electric jazz....Despite the musical sophistication and adventure on Live at Yoshiwara, this music is extremely accessible to a wide swathe of listeners. Its release signals the magnificent arrival of Ghost Rhythms on American shores. Get it now." – Thom Jurek / AllMusic


Having so far self-released three studio efforts, French ensemble Ghost Rhythms present their first live album, and debut Cuneiform release, Live at Yoshiwara, recorded in front of a small audience just before Christmas 2018 at Les Frigos in Paris – in the very room that serves as the setting for their weekly rehearsals.

Ghost Rhythms is led by composers, drummer Xavier Gélard and pianist Camille Petit. Together, they have composed the entirety of the band’s material except for this one-off project originally designed to coincide with the band's tenth anniversary. For Live at Yoshiwara, they invited the other members to contribute pieces of their own for the first – and possibly only - time.

These two have known each other since the mid 90s and worked in a variety of rock and progressive rock-type ensembles. With neither of them having any background in jazz, but both having interest in forming a jazz ensemble, they recruited jazz and classical players, making it clear that they would provide all the composed music, their view being that an interesting balance between immediacy and a more cerebral approach would be achieved between their own background as self-taught, prog-rock-influenced composers/musicians and by the academically-trained classical/jazz musicians who made up the rest of the ensemble.

By 2008, Ghost Rhythms were up and running and regularly gigging in various small Paris venues, but had yet to come to the attention of established media and institutions. This began to change when the band won prizes in several talent contests: at the Boule Bleue festival in the Somme in September 2008 (they were invited back for a headlining slot at the 2009 edition), the Jazz à La Défense festival in Paris in June 2012, where GR came 3rd and 2nd in the Best Ensemble and Best Composer categories, and the Jazz en Baie festival near the Mont-Saint-Michel in September 2013. The La Défense prizes in particular proved instrumental in getting booked in Paris’ leading jazz clubs, such as the Sunset, where they won yet another talent contest.

With their first release on an international label and with a decade of work behind them, Ghost Rhythms, who are one of the world’s lesser-known, great, boundary-blurring ensembles, take a step into the spotlight...

"Hello everyone ! Xavier from Ghost Rhythms writing. I hope you're fine !
As you may know, we have a new record out; I thought it would be interesting to tell a bit of the story behind it. So here it is !

Live at Yoshiwara is exactly what the title says : a live album, in a place called Yoshiwara. Except there are no venues called Yoshiwara. There is one infamous Yoshiwara district in Japan, which in turn lend its name to the depraved, ambiguous red-light district and club in Metropolis, the Fritz Lang's 1927 silent sci-fi movie.

For a long time, Camille Petit and myself were very interested in the slight frontier between existent and non-existent features in human life; dreams, for one; memories; and ghosts. That was that main interest that brought to life our double album Madeleine, which creates another soundtrack for Hitchcock's Vertigo, and gives space for the ghost that the movie gives life to, Madeleine. Madeleine really influences the characters in the movie, though she is not a real ghost, but merely an invention from a con-man.

This record, Live at Yoshiwara, is no exception. We chose to make it live, but place it in a non-existing venue; we created a space that exists only in name within a real space, and recorded the music there, in front of a small audience. Although the music really is live in front of that audience, the music we made, the way we interpreted it, and the way we edited it, was influenced by the strong atmosphere surrounding Metropolis' Yoshiwara, mixing imaginary locations and historic and future timelines at once.

I remember being amazed by Pink Floyd's live at Pompei, since they played live for no audience; and being intrigued by Frank Zappa's concept of ‘Xenochrony’, which consists of mixing several pieces from different times into one song. You can say that this album pays homage to those two attempts at playing with the "live album" concept.