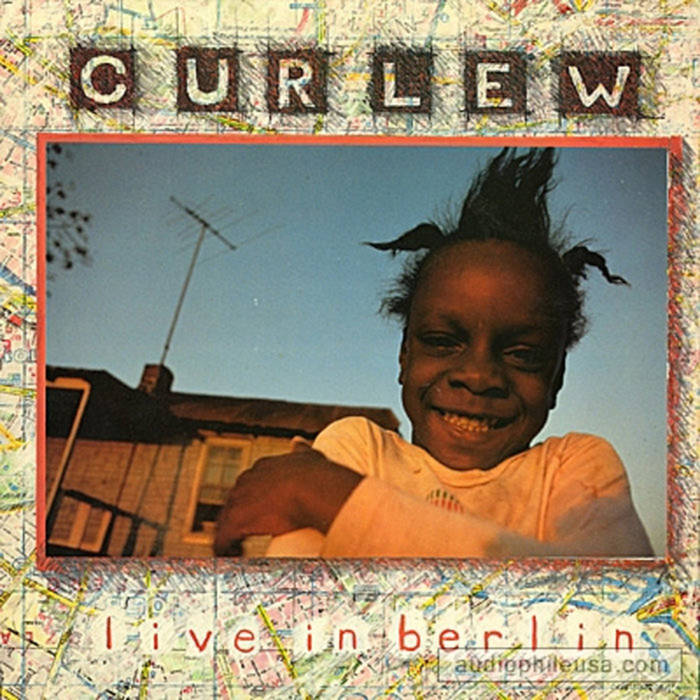 “Jazz record of the week...one of the best of New York's downtown bands, & [Live In Berlin] captures the group at its most intense, roadhouse best.''
-The New York Times.

"Curlew may not have been the earliest of the hybrid jazz fusion bands, but from the evidence of this CD, they might be one of the best. When they recorded this live date, primarily at the Quasimodo Club in Berlin, saxophonist/leader George Cartwright, cellist Tom Cora and drummer Pippin Barnett had been playing together for close to ten years.

Complemented by Davey Williams on guitar and Wayne Horvitz on keyboards, this was one loose, confident ensemble. Swaggering bar-band riffs mutate into esoteric twitterings and scrapings; rock-solid rhythms disintegrate right before your ears -- and then everything comes back together again, miraculously reassembled and refreshed.

It's an affectionate but powerful deconstruction and extension of down-home funk, without the self-conscious cuteness that highbrow intellectuals often bring to popular art forms. Curlew manages to be in the pocket and outside at the same time, which is a pretty darn good trick, and even though the applause is not miked on this CD until the end of the last piece, the excitement of the live performance comes through loud and clear."
- Bill Tilland / AllMusic

I don't know how George Cartwright got my number, but he called me up and introduced himself and wanted to send me a cassette of a proposed album of his band, Curlew, playing live In Berlin.
and George is such a charmer of a person, I really enjoyed talking to him.

so, the cassette arrives and it's really good, but I also have to admit that a lot of it is kinda beyond my understanding at that point (1986). I can tell that the band can PLAY and I can tell that some of the tunes are great, but the solos seem a bit wild for my tender young ears and I just don’t really understand the entirety of what makes them THEM.

But one thing I always prided myself on with the label - even very early - was that I liked to push myself and I had talked to George on the phone a few more times and I was positive now that I really liked George and I claimed to be a 'new music label' and new music means pushing yourself beyond what you necessarily already know, right?

so I said, “SURE George! I’d be happy to release your record!” And the record came out and I came up to see the band play at the then rather new and at that point not-yet-iconic Knitting Factory in the lower East side of Manhattan.

and the Knit is cool and funky and fun and the hype about the Knit hadn't gotten quite so loud that early; it was just a cool, fun place! The show starts and the band is playing and I am enjoying myself, even though what they are doing is STILL somewhat beyond me.

3rd or 4th song into the set. The Hardwood. Tom has finished his solo and Ann is doing the low zooooop stuff with Pippin and George and Davey before George takes the tenor solo. And she is shaking her head (watch any video of her playing) and playing REALLY low and everything and everyone is COOKING!

[I told Ann this story, and she told me, “For The Hardwood, I turned my low E string down - now I don’t remember if it was to D, C or B - B was the lowest that was any good - but when a tune was in D, C or B *and* seemed to call for a really low root, I would tune the E down to that tune’s root…”]

A light bulb suddenly blows up and I SUDDENLY and TOTALLY GET IT! I GET EVERYTHING about this band, and I find myself yelling and cheering!

And I remember thinking, "Jesus fucking Christ - somehow you backed into signing the best fucking live band in the country".