Looking For The Next One 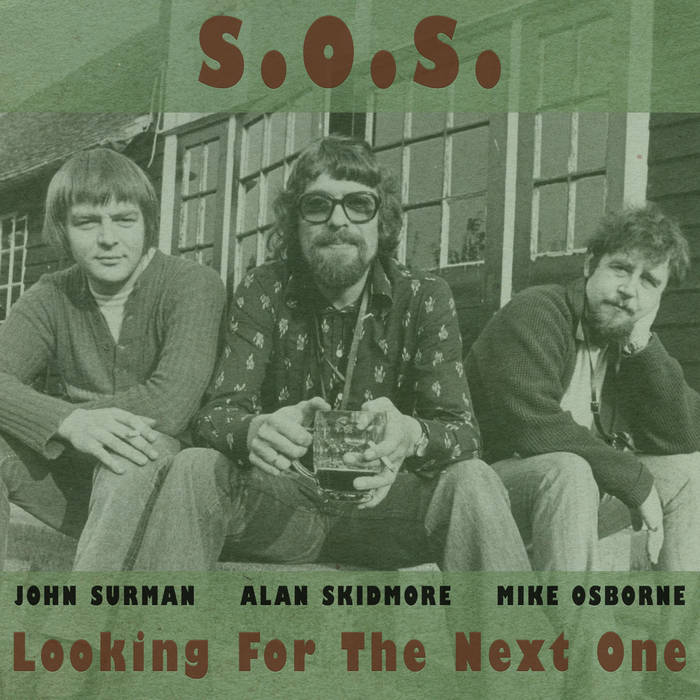 S.O.S. were one of the great but under-documented ensembles in 70s British jazz, consisting of three genuine superstars of the 'Brit-jazz scene': Mike Osborne, Alan Skidmore and John Surman.

The group formed in April 1973, and lasted until the end of 1976. Although all three men were saxophonists and the band is commonly thought of and described as a 'saxophone trio', they were always a sax trio with two multi-instrumentalists. The mid 70s found John Surman in the midst of his great fascination with synthesizers, sequencers and electric keyboards, a sound which he still sometimes explores on his ECM releases to this day, while Alan Skidmore was a very able drummer; anyone expecting three saxes at once at all times will be very surprised when they hear the heavy, sequenced, synthesizer parts mixed with driving drums and blowing sax lines!

The group toured widely and had a large body of work to draw from, but only released one, self-titled album on the Ogun label during their lifetime. Looking For The Next One, a compilation of rare and unissued studio sessions and live recordings, will not only rekindle discussions about S.O.S.’s innovative music among connoisseurs, but introduce their exciting, virtuosic music to a new generation of listeners.

While the entire set is filled with striking music, the inclusion of the entirety of their legendary July 1974 Balver Höhle Jazz Festival concert is a game-changer, as it reveals SOS’s penchant for connecting multiple compositions with open improvisations, an approach they did not employ on the Ogun album. The concert also documents how Surman seamlessly integrated keyboards and synthesizer into a performance, and gives more space to Skidmore’s energetic drumming than on the album. Most importantly, all three musicians are obviously in the throes of great inspiration, playing to a wildly enthusiastic crowd in a cave at midnight!

With a 16-page booklet featuring many never before published archival photographs – including shots taken during their Balver Höhle concert – and a concise history of the band and their groundbreaking music, written by jazz critic and Point of Departure founder Bill Shoemaker, Looking For The Next One is a substantial addition to Cuneiform’s important catalog of archival British jazz and avant-garde rock recordings. It not only fleshes out important aspects of their materials and methods, it also reinforces the risk these three celebrated British musicians took in undertaking this endeavor.