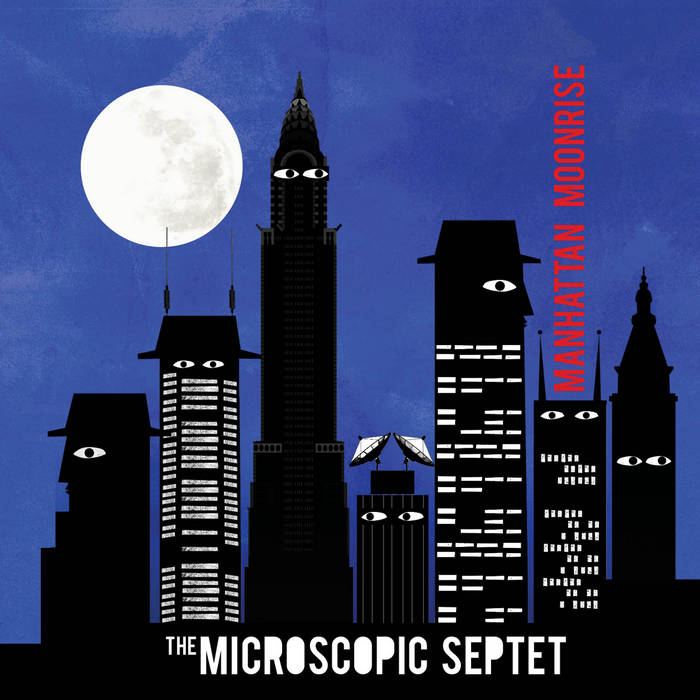 "They're still the finest retro-futurists around."
– The Village Voice

"...they remain one of New York's most distinctive and entertaining groups."
– All About Jazz New York

"...The charm of The Micros has always been their joyous, unself- conscious collage of different jazz styles. They are a kind of sleek swing band one moment, a Latin jazz group the next, a group of ‘60s avant-eek-onkers just a moment later. And it’s all played with the kind of zippity zest that keeps things entertaining."
– Will Layman

Originally active from 1980-1992 and hugely popular in their native New York City, although they never caught their big break, The Microscopic Septet are regarded as one of the most important and unique bands to come out of the New York scene of the 1980s. They entertained audiences with their combination of swing, energy and humour, as well as with their unique compositions and fine musicianship; Downbeat referred to them as "...one of jazz's tightest units...."

The group reformed with the original personnel in 2006. In 2010, the band released Friday The Thirteenth, their unique tribute to one of their original inspirations, Thelonious Monk, an album that sold very well, was widely reviewed and lauded and propelled them to the top of the jazz cognoscenti's consciousness. But fine as Friday The Thirteenth was, it was a very atypical release, because the Micros feature two of jazz's finest composers in co-leaders Joel Forrester and Phillip Johnston, both of whom contribute songs that feature "enough great melodies and ideas in each track to make an album" (DownBeat).

Featuring a lineup of a sax quartet (soprano, alto, tenor, baritone) and rhythm section (piano, bass, drums), the Micros have a sound unlike any other ensemble compositionally, ensemble-wise and also in terms of the breadth of their influences.

Manhattan Moonrise is their 3rd release since reforming and their 7th release overall. In the liner notes, Phillip reflects on the band's history and why there is still a Microscopic Septet, and in doing so, I think he reveals a lot of what makes this band so special.

"I think the initial impetus for the band was two-fold. First it was to express our love for the wonderful ensemble-driven jazz tradition exemplified by practitioners as diverse as Jelly Roll Morton, Duke Ellington, John Kirby, Raymond Scott, Charles Mingus, Sun Ra, and the Art Ensemble of Chicago. Second was to bring back the jazz-as- entertainment vibe of bands like those of Louis Jordan and Cab Calloway, while playing music that was resolutely “modern.” ... to me, the value of it speaks to the importance of uniqueness, individuality, quirk. Now every Hollywood movie pays lip service to this hoary ideal, even as corporate diversification and the commodification (and digitization) of every aspect of our lives runs rampant. But who’s your quirky daddy now?

Does the world need the music of Harry Partch, Raymond Scott, Joseph Spence, Captain Beefheart, Conlon Nancarrow, Van Dyke Parks, Charles Ives? Maybe it does, maybe it doesn’t. Maybe it does, but it thinks it doesn’t. Maybe most of the world doesn’t know it exists.... But to be part of something like that is not something I’ll give up without some serious thought. And when I came back to it in 2005, I thought this is just too good an opportunity to miss out on. I think I’ll follow it just a little longer and see where it goes."