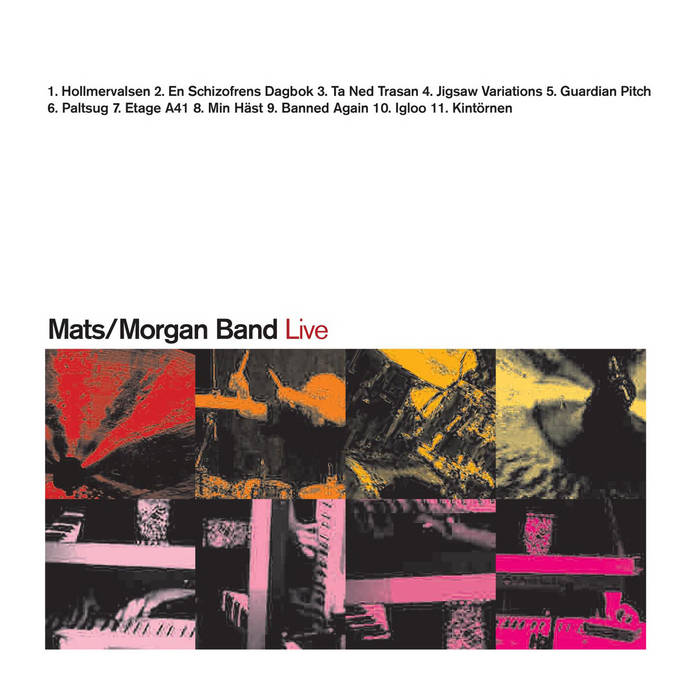 Yorick ... indeed, the whole thing sounds partly Zappa'esque, but -hand on the heart - the ingenious guitar playing of Frank is lacking. Nevertheless, this is wonderful music based on the jazz rock played decades ago... a lot of bands lived themselves out in it... Zappa is certainly a "part" of the compositions ... little vulnerable, a compliment to this swedish guys ... thanks for celebrating the spirit // good job!

Deidre House Had to check this out after hearing Shnabubula's cover of Etage A41. Does not disappoint! These guys play awesomely zany prog/fusion reminiscent of Zappa. Great performance, crazy chops all around.

Matthew Johnson some of the most talented, brilliant, and just fucking fun to listen to musicians of our generation. zappa would be proud

"...the playing is unbelievable. These guys are top performers and their chops are brilliant....absolutely a must for fans of experimental music and latter day Zappa."
– All About Jazz.com

Keyboardist/vocalist Mats Öberg and drummer Morgan Ågren have been playing together for over 35 years! They were 'discovered' at a very young age by Frank Zappa and they are musical legends in their native Sweden and beyond, known for their wild and funny musical performances. Live was Mats/Morgan Band's fifth album and the first by the extraordinary expanded lineup of the group (Mats, Eric Carlsson and Robert Elovsson - keyboards, Jimmy Ågren - guitar, Tommy Thordsson - bass and Morgan - drums).

Professionally recorded at Sweden's well-known Club Fasching, they dazzled the audience with their unbelievable chops and musical audacity, taking the music to the next level! They take their influences and blend them up for something that resembles the metrically difficult music of Egg combined with very adventurous jazz/rock and Zappa influences but performed at blinding speed with insanely assured musical authority...and it's a LIVE recording!
If you don't know this group and you only know their reputation, or you have seen all the amazing quotes from other musicians about how great they are, but you didn't know where to get your feet wet, you should definitely start here!