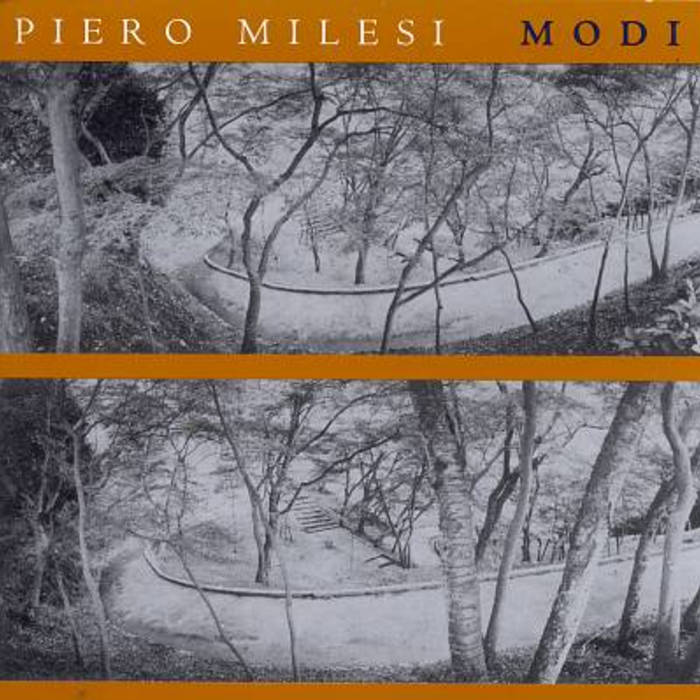 "This CD is a reissue of two compositions that I originally planned as part of a larger work. My intention is to use, one by one, the various modes adopted in different places and times." – Piero Milesi

Modi is for chamber orchestras of between 12-18 musicians; this is two extended works of unique beauty.

Piero Milesi (1953 - 2011) studied electronic and experimental composition at Milan’s Conservatorio “G. Verdi” after early training as a cellist. He later graduated from the University of Architecture in Milan, where he wrote his dissertation on the relationships between space and music. His interest in correspondences between musical and visual composition is evident in the fact that many of Milesi’s works are composed for visual spectacles ranging from ballet to film to fireworks displays. One of his pieces was featured at the “XVII Triennnale” of Milan, one of the most important exhibitions of modern industrial art in Europe.

Milesi was one of a number of young, interesting composers in Italy who, although little known here, quietly changed the way we think about music and its usage via their work with soundtracks and installations and which were echoed by many other composers internationally. A former member of the Italian musical cooperative “L’Orchestra”, in which he worked as both a composer and performer, Milesi now works primarily as a composer, performing only his own works. He has scored numerous film, video, and television soundtracks, and has composed music for several ballets and live performance events.

Modi, originally released in England by Cherry Red Records in 1983, was Milesi’s first record release. Since Cherry Red was a “rock” label, Modi gained a wider audience than it might have, had it been released by a specialty label. The release brought Milesi to the attention of New Music fans who were attracted by Milesi’s fine melodic sense and command of orchestration. Modi had been out of print since the mid 80’s. Cuneiform's 1994 reissue marked its first appearance on CD.

Since the original release of Modi in 1983, Milesi recorded two further releases, both on Cuneiform, The Nuclear Observatory Of Mr. Nanof (1986) and La Camera Astratta (1989) [done in collaboration with Daniel Bacalov]. He released his fourth and final album, Within Himself, in 2000 also on Cuneiform.

Piero died relatively young of a heart attack in 2011. A posthumous release of an orchestral work, Le Voci Della Terra, was released in 2013.