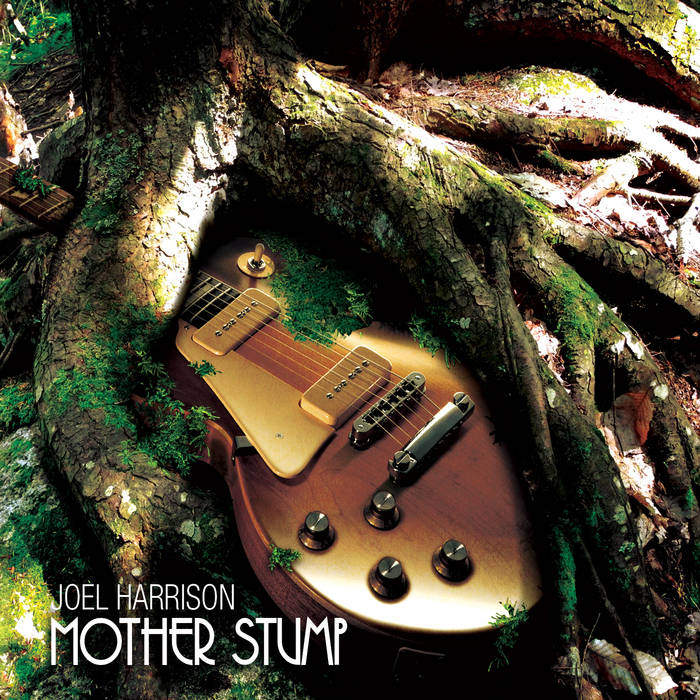 For many years, guitarist Joel Harrison claimed he had no roots. Growing up in Washington D.C., a place whose identity and values are always in drift, Harrison was convinced he had to “go out into the world with a shovel and plant something of my own,” he says in his liner notes to Mother Stump, his latest album on Washington, DC-based Cuneiform Records, a fitting home for a record paying tribute to the artist’s DC-upbringing.

But as we often discover, time and distance have a way of putting things in perspective. Looking back, Harrison realized that Washington D.C. was, in fact, a town whose musical gravity overpowered whatever ephemeral political and cultural winds might blow. “I had to move away and get older to see those roots,” Harrison says. “You can hear them on this record.”

“Washington D.C. was quite a segregated place in the 1960s and ’70s, and yet the musicians were inclusive and open in their tastes,” Harrison recalls. A plethora of genres were represented around town. One could hear bluegrass by The Seldom Scene and The Country Gentlemen, and soul, jazz, and funk by Roberta Flack, The Blackbyrds, Terry Plumeri, and Ron Holloway. Blues was a pervasive force represented by Roy Buchanan, The Nighthawks, and the legendary Powerhouse Blues Band that featured Tom Principato. On the folk scene were people like Jorma Kaukonen, Emmylou Harris, and John Fahey.

“I remember seeing psychedelic rock groups, maybe backed by a light show, at Pipeline Coffee House or at Fort Reno ― bands like Tractor, Tinsel'd Sin (with Paul Sears), Crank, Grits, or Grin (with Nils Lofgren). There were outliers like Root Boy Slim and Evan Johns, whom I jammed with before we started shaving.”

“On any given night there might be a redneck band from Southern Maryland, a hillbilly band from nearby West Virginia, or an infusion of urban blues and Philly soul. The people who affected me the most, welcomed it all into their guitar playing.”

When Harrison discovered local guitarist Danny Gatton, he became a quick devotee. “If I ever had an idol, it was he,” Harrison says. “I followed him around like a stray dog in the early and mid ’70s, sometimes placing a cassette recorder on a beer-stained table in one of the many low-rent bars he inhabited.” Gatton’s ability to incorporate many streams of American music, such as country, blues, jazz, rockabilly, and funk, would play an important role in Harrison’s own future development as a genre-crossing guitarist.

No matter what kind of music was heard in Harrison’s circle of musician friends, the common thread binding it all together was a passion for musical expression in all forms. “I remember jam sessions in my friend Henry's basement where we'd play for hours in some zone between rock, soul, jazz, and country ― not practiced enough yet to know enough about any single thing ― open, searching.”

Harrison began studying jazz with a guitarist named Bill Harris, who had a studio in the Northeast DC. Jazz began to take hold of him, but true to his musical upbringing, he would continue to explore across genre lines. “You'd want to play some bluegrass, learn some Cornell Dupree licks, pick up a slide for the Allman Brothers tunes, learn your bebop harmony, and then practice your Bach and Albeniz on a nylon string,” Harrison recalls. This was a time of important breakthroughs for the guitar, when the instrument was becoming a generative force in new jazz contexts.

“It was an amazing time in which to come of age musically. Minds were open, blueprints were being created, invention was everywhere, and yet strong tradition anchored the experimentation. You'd go way beyond the borders, but there was still that tangle of roots that stretched beneath and across the town,” Harrison says in his liners.

On Mother Stump, unlike some other of Harrison’s albums, the focus here is on his playing and not his writing and arranging. “It's a mixture of Luther Vandross, Buddy Miller, George Russell, a traditional spiritual, Paul Motian, Leonard Cohen, and in a couple of my pieces, a nod to those formative years, with six old guitars and two old amps.”

“It's a lot of history that I'm trying to make new again.”


'"...drags American roots out of the campfire singalong into the solar system."– Village Voice


"Add Joel Harrison to Metheny and Frisell as guitarist/composers who have created a new blueprint for jazz." – New Orleans Times Picayune


"In the liner notes,to this CD, guitarist Harrison extends on the quotes provided above. It's a good read. In the 1960s and 70s, Washington D.C. was a true musical melting pot and the young Harrison was exposed to an amazing variety of music. He was digging Jimi Hendrix and Yes but attending live concerts given by the likes of guitarists George Benson and Kenny Burrell, and taking jazz guitar lesson from older players who turned him on to the previous generation of jazz guitar giants such as Wes Montgomery.

The results of Harrison's eclectic education are conspicuously displayed in this brilliant recording. Because he is a composer and arranger as well as a player, he makes all the music on this CD his own, but selections range from earthy blues to soulful R&B and even cerebral chamber jazz. And while it is almost does Harrison a disservice to make comparisons (which might suggest that the CD is a kind of pastiche -- which it is decidedly NOT), Harrison is as sweet and lyrical as Bill Frisell, as funky as John Scofield, as ethereal as Terje Rypdal and as hardcore as Nels Cline at his wildest. There doesn't seem to be any modern guitar style that Harrison hasn't fully assimilated. He also has that intangible quality called "taste," which allows him to get inside whatever he plays, and always leaves the listener wanting just a bit more. His decision to include eleven songs, none of which clock in at much over eight minutes, is an excellent strategy, because it keeps him well away from the predictable repetition of stock phrases and flashy licks which are almost inevitable when guitarists revert to extended solos.

It's really hard for me to single out any favorites, but Harrison's moody, bittersweet ballad touch on Al Kooper's classic "I'll Love You More Than You'll ever Know" is absolutely sublime, while his version of avant garde jazz composer George Russell's "Stratusphunk" (an old favorite of mine from an early Gil Evans album, "Out of the Cool") is both delicate and dazzling -- as is his arrangement of jazz drummer Paul Motian's "Folk Song for Rosie.". (The looping and multi-tracking on the Motian tune displays yet another expressive dimension to Harrison's playing.) And his arrangement of Leonard Cohen's "Suzanne," a monochromatic tune chiefly esteemed for Cohen's poetry, is an example of his ability to coax every last bit of nuance out of fairly limited raw material.

Harrison is very ably assisted by his rhythm section -- Michael Bates on bass and Jeremy Clemons on drums -- and by Glenn Patsch's keyboards (especially Hammond B3) on six of the eleven tracks on the CD. Bates and Clemons are much more than rhythm-keepers, but rather than showing off their chops with extended solos, they weave in and out of the mix, providing textural counterpoint and further emotional depth to the music. This is clearly a working trio rather than just three capable musicians thrown together for a recording.

Fortunately, the recording quality of the CD is excellent, so every bent note, glissando, strum, deep bass throb and cymbal stroke can be fully savored and appreciated." – William Tilland

There are no overdubs on this record except a bit of fretless baritone on “Suzanne.”

Joel Harrison would like to thank Michael Bates for invaluable musical and logistical assistance.